Four teenagers, including a couple, were killed in a fiery car crash in Iowa over the weekend — devastating the small community they called home.

The teens, from two families, were inside a car that smashed into a utility pole shortly after 11 p.m. on Friday night in Marshalltown — a city of about 27,000 about 50 miles northwest of Des Moines.

When officers from the Marshalltown Police Department arrived at the scene, the vehicle was severely damaged and engulfed in flames. All four occupants were declared dead at the scene.

They were identified as brothers Adrian Lara, 13, and Isacc Lara, 16, and sisters Linette Lopez, 15, and Yanitza Lopez, 17. All were from Marshalltown.

“Our hearts go out to the Lara and Lopez families. This is a tragedy for our entire community. We know the community will stand strong in support of everyone affected. That is the Marshalltown way,” Marshalltown Police Chief Mike Tupper said in a statement.

The cause of the crash remains under investigation, police said.

The Lopez family told WHO that Yanitza and Isaac were dating. Yanitza was an aspiring nurse who worked at an assisted living center and had just been crowned homecoming queen of Marshalltown High School.

The two sisters did everything together, the family said, including cheerleading.

A GoFundMe states the Lara brothers “were becoming amazing young men and will be dearly missed.”

At a somber school board meeting on Tuesday, Representative Yessenia Alvarez Zamora said that the high school has made counselors available to help high school students cope with the sudden loss, the Times Republican reported.

“As you know, the loss of those four students did leave a significant gap in our community, but the students and staff have been doing a good job of providing excellent social emotional support and being there for one another,” Alvarez Zamora said. 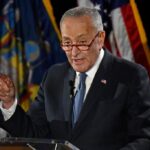 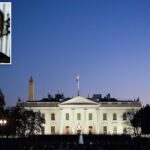