The wife of California lawyer Elliot Blair was told by police on scene that her husband was shot in the head the night he died at a resort in Mexico, an attorney representing the family told The Post Thursday – though Mexican authorities reportedly denied that assertion.

The bombshell revelation continued the series of conflicting statements between Blair’s grieving family and Mexican authorities into what led to the Orange County public defender’s death last Saturday at Las Rocas Resort and Spa.

Blair’s family and friends have insisted that he was the victim of a “brutal crime” while Mexican officials have said his death was from an accidental fall from a balcony at the resort.

The family has made clear they are conducting their own probe into their loved one’s death with the help of private investigators. While Blair fell two stories before hitting the ground floor, family lawyer Case Barnett said in an interview Thursday that the family isn’t sure what happened in the moments leading up to that.

Barnett said part of the bewilderment stems from Blair’s wife, Kimberly Williams, being told by police there was a “bullet hole in Elliot’s head.” The couple was celebrating their one-year anniversary when Blair died.

The family attorney also revealed that the district attorney in Mexico ordered the 33-year-old’s body be embalmed, which would make it impossible for the family to conduct their own toxicology report. Mexican authorities have also refuted that claim.

After Williams was told about the incident, a family friend near the area came to the scene and interpreted for her, said Barnett, who was friends with Blair.

“The cop at the scene – the lead investigating officer, he’s in plain clothes wearing a badge around his neck, tells Kim that there’s a bullet hole in Elliot’s head,” Barnett said. “And that kind of starts this whole thing with the violence of it all.”

A spokesperson for the Baja California attorney general told the Los Angeles Times when officials arrived on the scene and from a following autopsy “there was no sign of violence.” He also reportedly rejected any evidence of a gunshot wound.

Barnett said when the liaison to the coroner’s office contacted the family days later, they were told the cause of death was trauma to the head and the death would be referred to prosecutors as suspected homicide.

When the family asked about a gunshot wound, the liaison said the paperwork indicated head trauma, Barnett said.

“The liaison says if it was a gunshot to head it wouldn’t say head trauma, it would say gunshot wound to the head,” Barnett said, adding. “So the family is confused.”

The family plans to have their own autopsy conducted when the body is returned to them, he said.

Barnett said the family is disappointed they can’t conduct a toxicology report to disprove claims he was intoxicated when he died because he’s been embalmed. The family was told by the mortuary that move was done under prosecutors’ orders, Barnett alleged.

The Baja California AG’s office told the LA Times the decision about what to do with the body “is a question for the family.” He stressed to the newspaper that authorities would not suggest that a body be embalmed without permission from the family.

Barnett also shed more light on another set of differing statements between police and Blair’s relatives.

The attorney general of Baja California reportedly said Blair fell to his death when he went outside to shoo away pigeons outside his hotel room. Officials said Williams told investigators Blair was drawn to the noisy birds, a claim the family denied to the Orange County Register.

Barnett said Williams was talking to the family friend on the scene about how he scared the pigeons off during the day from their third-floor hotel room at the Las Rocas Resort and Spa. He believes the attorney general took that statement to mean he was shooing pigeons off that night before his death.

Baja California Atty. Gen. Ricardo Ivan Carpio Sanchez said his death was originally probed as a criminal case, the LA Times reported. An examination of his body found no visible injuries from a gun or a sharp object, he reportedly said.

Barnett said the pair were in the room together after returning from a night out, but Williams fell asleep before Blair did.

Barnett said Williams was originally woken up by hotel staff about her husband’s death and then called out for help. But hotel workers told her an ambulance was already there a couple hours ago, and he was dead with police now on the way, he said.

It remains unclear what Blair was doing prior to his death, Barnett said.

“We don’t know what he was doing out there,” Barnett said of Blair. “We’re trying to find out.” 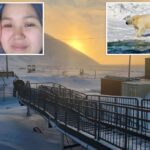 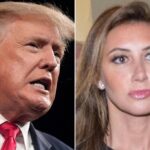