WBC President Mauricio Sulaiman told The Telegraph in an interview published Thursday that the new divisions next year are to ensure that “the dangers of a man fighting a woman will never happen.”

“We will not allow — ever — a transgender born a man to fight a woman, who was born a woman,” he stated firmly.

“It is the time to do this, and we are doing this because of safety and inclusion,” said Sulaiman, the lifelong president of what is one of the sport’s four major organizations.

“In boxing, a man fighting a woman must never be accepted regardless of gender change.

“There should be no grey area around this, and we want to go into it with transparency and the correct decisions,” he told the UK paper.

“Woman to man or man to woman transgender change will never be allowed to fight a different gender by birth.”

The WBC will “put out a global call for those who are interested in 2023,”
Sulaiman said, saying it was not immediately clear how many wannabe trans fighters would be interested.

“We are creating a set of rules and structures so that transgender boxing can take place, as they fully deserve to if they want to box,” he said.

The aim is to then “set up the protocols, start consultation and most likely create a league and a tournament,” he said.

The new rules follow controversies over athletes in other sports, most notably record-breaking swimmer Lia Thomas. It has focused on other fighting sports, too, such as mixed martial arts, where Alana McLaughlin in September choked her female opponent as the second openly transgender woman to compete in the cage sport in the US.

WBC’s new rules would prevent the trans fighters that have already found success in the ring from ever fighting in the organization’s events, even those born as women now fighting against men.

The most high-profile of those is Patricio Manuel, who was a five-time women’s US amateur champion before making his professional debut as a male boxer in 2018, winning his first and only fight as a male.

Under the WBC proposals, Manuel would only be eligible to box another trans man who was born a woman.

“It’s dangerous either way. If you are born a woman you should not be fighting a man, and if a man transitioning to a woman fights a born woman there are definitely physiological disadvantages for the female,” she said.

“Me as a female boxer, I have no problem with transgender boxing but if you’ve transitioned to a woman you can’t compete as a woman. You can’t compete against me. Simple as that,” Jonas said.

“I’m all for people participating in sport — but fairly.” 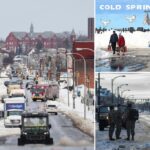 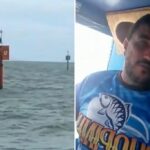