The city’s homeless shelters are so out of control that terrified residents say they’d be safer on the subways — or even in prison.

City records obtained by The Post documented nearly two dozen incidents of violence and other outrageous behavior during one week in mid-September — the same period when a despondent migrant mom hanged herself in one of the taxpayer-funded facilities.

“I’ve been screamed at, threatened,” said Dominic, 30, an ex-con who lives at the infamous Bellevue Men’s Shelter in Manhattan. “I did five years in Sing Sing and felt safer there than I do here. I feel safer on the subways.”

A fellow resident, 34-year-old Kenneth Foster, told The Post, “It’s like the zoo let the animals out of their cages.”

“The only good thing about this place is the hospital’s next door, so if I get a knife in the back I can just walk to the ER.”

The Post used the city’s Freedom of Information Law to obtain 424 pages of official reports about 273 “critical incidents” that took place between Sept. 16 and 21.

On Sept. 18, in the middle of that period, a 32-year-old migrant woman was found by one of her two kids hanging from a shower rod by an electrical cord in the Hollis Family Shelter in Queens.

The incidents that were considered to pose a threat to “the safety and well-being of shelter residents and/or staff” include:

A man who lives in the Queens shelter where the resident was attacked in his sleep said he recalled the incident.

Vincent, 40, added that he also left the shelter last year after the same thing happened to him.

“I was sleeping and my roommate assaulted me. Nothing was done about it and I felt safer on the street,” he said. “I left because they weren’t helping me. I stayed out in the street for a year.”

Vincent complained that the facility was “understaffed” and that “there’s not enough security.”

“Every f–king night EMS is here. It’s either a fight or people OD’ing,” he said.

A security guard at the shelter declined to comment or take a message for the person in charge.

“I don’t even know who management is here. I just started last week so I’m not familiar with a lot of people,” the guard said.

The chair of the city council’s General Welfare Committee, which oversees the Department of Homeless Services, told The Post the reports documented a “horrible situation.”

“It’s pretty consistent with what we’re hearing from folks, specifically people who are living on the streets: that the shelter system is not safe enough for them,” said Councilmember Diana Ayala (D-Upper Manhattan, The Bronx).

In a statement, the Department of Social Services defended its efforts to “provide adequate security across the shelter system,” saying that it “continues to strengthen our reporting mechanisms to capture any instances that may impact the well-being of our clients.”

The department added: “Over-simplistic and misleading assumptions about the shelter system based on a week of incident reports misrepresent the actual work and system improvements that are happening on the ground.”

Despite the department’s assertions, statistics show that violence and death in the shelters is becoming more common, not less.

NY1 recently reported that the number of shelter residents who died citywide increased 58% between 2019 and 2021, while records also showed a rise in the numbers of fights, sex offenses and drug overdoses in shelters for single adults.

The Mayor’s Management Report from Sept. 8 also cited an unspecified “increase in fights/disputes as well as drug-related incidents, including overdoses, consistent with citywide and national trends” during the fiscal year that ended in June, compared to the same period in 2020-21.

Shelly Nortz, deputy executive director for policy at the Coalition for the Homeless, said the “best solution” would be providing people “a secure and private room of their own with prompt access to affordable permanent housing.”

“Overcrowding people in congregate settings for extended periods of time during a pandemic – often with shared bathrooms, little storage and unappetizing food – is bound to heighten tensions in local shelters,” she added. 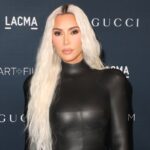 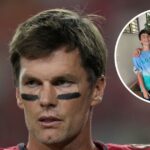 Tom Brady Gushes Over Christmas With Kids After Gisele Split