The mother of eight arrested after her teenage twins escaped their Texas home and told police they had been handcuffed, beaten and starved is now at the center of a multi-state child abuse investigation.

Zaikiya Duncan, 40, now faces charges of aggravated assault and assault on a family member with a previous conviction, while her boyfriend Jova Terrell, 27, faces a charge of continuous violence against the family in Harris County, Texas, according to police charging documents obtained by The Post.

Police started to investigate after her 15-year-old twins were captured on video banging on a neighbor’s door for help on Oct. 18 and the neighbor took them in, then called authorities.

The twins told how they were kept in a laundry room bound with zip ties and handcuffs and made to drink bleach and cleaning products.

Once police started looking for Duncan, she and Terrell went on the run, triggering an Amber Alert for five of Duncan’s children, aged 14, 12, 12, 10 and 7.

Authorities later caught up with Duncan and Terrell in Louisiana, where they are now being held on no bond, while they are extradited back to Texas. Once they are removed to the Lone Star State, they will officially be charged.

The twin boy and girl, 15, are currently being treated at a children’s hospital in Katy, Texas, [a Houston suburb,] according to court documents. The five underage children who were the subject of the Amber Alert are in child protective custody in Louisiana.

Duncan is also mother to a 17-year-old son who was with her and Terrell at the time of their arrest. He is legally considered an adult and was allowed to drive away with his mother’s car after her arrest in Louisiana, Texas authorities revealed to The Post.

Duncan, her boyfriend and her other children, had just moved into the house in Cypress, Texas [outside of Houston], from which the twins escaped.

Neighbors say the family had only been living in the home for two weeks, according to KPRC. The house is brand new and listed as being worth $600,000, according to a realty website. The home includes four bedrooms and a grand staircase.

There is no record of Duncan previously having any job. However, she was convicted of cruelty to a child on Oct. 29, 2019, according to court documents.

The charges stem from an incident in Louisiana when a child was deserted. It’s unclear if that child was removed from her custody, which children that case involved or when the child was returned to her, as Louisiana child protective custody officials cannot publicly comment on cases.

According to court documents obtained by KHOU, a disturbing incident also occurred 10 years ago, when Duncan’s then-5-year-old child was taken from her school to a local hospital for burns to his genitals, feet and other parts of the body.

Doctors determined that the child, who also had bruises on his body, was likely scalded by hot water. The age matches with that of the 15-year-old twin boy who escaped her house on Monday.

When police arrived at Duncan’s house in response to the burning incident, they found a 20-month-old baby wrapped in clothing with its hands bound.

The father of at least some of Duncan’s children is believed to be Nicholas Menina. The five children named in the Amber Alert when Duncan fled all had the last name Menina and he was previously named as her partner in a local report by The Advocate.

Menina and his current wife have not responded to The Post’s requests for comment. Menina’s Facebook profile shows he is active with a church in Baton Rouge.

It’s unclear how long Duncan and Terrell had been dating, however, the mom of eight shared photos on her Facebook of the two of them going back to September 2019.

Terrell is a wanna-be rapper who goes by the name YGB Joker, but appears to have had limited success — his rap Facebook page has only 21 likes and his posts on Instagram have attracted no comments at all.

Before recently moving to Texas, Duncan lived at several different addresses in Louisiana, according to public records. Her driver’s license, made public by authorities during the Amber alert, was also issued in Louisiana and her family are also listed as residing mostly in the Baton Rouge area. 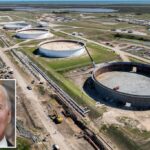 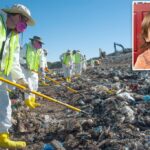