Officials are searching for an inmate who escaped from a satellite camp next to the Federal Correctional Institute (FCI) in Seagoville, Texas, where disgraced 19 Kids and Counting alum Josh Duggar is currently serving his 12.5-year sentence on child pornography charges.

The prisoner, who authorities have identified as Salvador Gallegos, allegedly escaped on Monday, October 31, according to the Federal Bureau of Prisons, as reported by local news station Fox 4 News. The outlet also reported that Gallegos, 31, is considered a “walkaway,” and the camp he escaped from is a “minimum security facility with no fences for non-violent inmates.”

The Federal Bureau of Prisons said that Gallegos, who is approximately 5 foot 7 and around 170 pounds, was serving a 160-month sentence for possession with intent to distribute a controlled substance, per local outlets WFAA and CBS News DFW (Dallas-Fort Worth).

Duggar, 34, was transferred to FCI Seagoville in June to begin serving his sentence for one count of receiving child pornography. He had previously been housed at the Washington County Detention Center in Arkansas since a jury returned with a guilty verdict in his child pornography trial in December 2021.

Though he was set to serve nearly 13 years behind bars, the former reality TV personality’s release date is set on August 12, 2032, In Touch exclusively learned in June.

That same month, a source told In Touch that the father of seven was “terrified of prison,” even though “Seagoville is low security and not known for violence against inmates, it does happen. And he’s going in for what fellow criminals and inmates despise: a child sex offender. No one here feels sorry for him.”

While serving his time, Duggar will not be allowed to have conjugal visits with his wife of 14 years, Anna Duggar. The only physical contact the pair can have includes “handshakes, hugs, and kisses (in good taste)” at the start and end of any visit, of which he is only allowed four hours of visits per month. 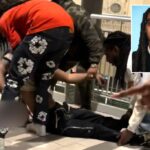 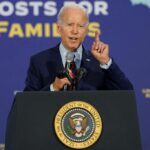