Maja Janeska, an online beauty influencer with more than 1.2 million followers on Instagram, has been found dead under what local media and family members are labeling “mysterious circumstances.”

Police investigators said Janeska, 39, was discovered with a gunshot wound to her head at her luxury Bassonia Estate home in Johannesburg, South Africa on December. 2

“Upon arrival at the address given, police found a woman in the bedroom with a gunshot wound on the head,” said police spokesperson Lieutenant-Colonel Mavela Masondo in a statement.

“There was a firearm next to her. The woman was certified dead by the paramedics.”

The celebrity makeup artist and online content creator known as “Maya Mia” to her followers was reportedly dating and living with “cigarette tycoon” Kyle Phillips, co-director of the Johannesburg-based tobacco manufacturer Carnilinx.

Phillips — who is reportedly “devastated and in shock by this tragedy” — told authorities he was brushing his teeth in the bathroom when he heard a gunshot coming from their bedroom.

Lieutenant-Colonel Masondo clammed up when asked who owned the firearm, adding: “The police cannot comment on it now as that might jeopardize the investigation.”

However, the police did confirm that they’ve launched an inquest into the influencer’s death, adding that the stunning brunette’s passing is “not being treated as suspicious at the present time.”

Meanwhile, Phillips has told local media he is hiring his own pathologist to carry out an autopsy.

A “heartbroken” family member told South African media outlet News 24 that Janeska sometimes “feared for her life” — and worried about being murdered.

“Our phones haven’t stopped ringing — this is all new to us,” said the relative, who asked to remain anonymous to protect their own safety. “We are in Europe, and our hands are tied because we can’t come to South Africa because of visa issues. [Janeska] is lying there in some mortuary, and we don’t have any clue as to what is actually happening.”

The family member added that they were informed of her death by one of Phillips’ former associates, who allegedly claimed suicide was currently the suspected cause.

“She sometimes feared for her life. Her boyfriend had men working for him, and she feared them also,” the anonymous relative told News 24 amid reports that Phillips “surrounded himself with bodyguards” and refused to be examined by state pathologists on the scene. “We are heartbroken, and we seriously don’t know what to do.”

“I haven’t spoken to Kyle but I knew her very well,” Malema told local news outlets. “We were friends. She was a very lovely lady, forward looking and she had very good plans for the continent and the country and held our leadership in high regard.”

Nine days before her death, Janeksa told university students during a guest lecture that she moved to Tanzania when she was 19 years old to work in a hotel, Jam Press reported. During that time, she became “fluent in Swahili” and launched her career as a makeup artist and stylist.

In her last Instagram post on November 22, Janeska was pictured with Bujar Osman, North Macedonia’s Minister of Foreign Affairs. She said the meeting was aimed at “establishing diplomatic relations between my country Republic of North Macedonia and my second home the Republic of South Africa.”

Meanwhile, Malema appeared to express doubt that Janeska would take her own life during his public press briefing.

“She never came across to me as the type who had the potential to kill herself. She spoke her mind openly without fear and they loved each other,” he said. “There was nothing that suggested there were insurmountable problems that would warrant killing yourself. I don’t think there was any sign of that sort. It was a shock.” 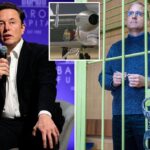 ‘Never leave a marine behind’ 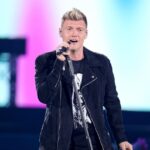