The September reading of the Labor Department’s Consumer Price Index, a closely watched measure of the costs of goods and services, showed an 0.4% increase compared to August — more than economists expected.

Core inflation, which excludes volatile food and gas prices, spiked 6.6% in September, up from 6.3% in August. On a monthly basis, core prices increased 0.6%.

Ahead of the September CPI report’s release, economists expected to show a monthly increase of 0.3%, up from 0.1% in August, according to Dow Jones data. On an annual basis, consumer prices were projected to increase 8.1%, down from 8.3% in August.

The September CPI report is a key data point set to be considered when the Fed holds its next meeting from November 1-2. A solid September jobs report released days earlier also affirmed the Fed was likely to maintain a hawkish policy stance.

The year-over-year measure of the CPI is likely to “remain elevated through the end of the year,” said Mark Hamrick, senior economic analyst at Bankrate.

“There has been relief from high gasoline prices which tend to aggravate consumers the most, but elevated food and shelter prices appear to be sticking around for a while as unwanted visitors,” Hamrick said.

Fed Chair Jerome Powell and other central bank policymakers have remained adamant that more interest rate hikes are needed to tame inflation, despite mounting fears among investors that tightened policy will cause a global recession.

One such doomsayer is JPMorgan Chase CEO Jamie Dimon, who warned this week that a combination of headwinds, including inflation and the Russia-Ukraine war, were driving a global slowdown.

“These are very, very serious things which I think are likely to push the US and the world — I mean, Europe is already in recession — and they’re likely to put the US in some kind of recession six to nine months from now,” Dimon told CNBC.

Relief in gas prices could be short-lived. The national average price of gas began to rise again in September, snapping a three-month streak of declines. Fears of another surge were exacerbated after OPEC and its ally Russia agreed to slash oil output despite the Biden administration’s objections.

Months of elevated inflation readings have had a debilitating effect on the buying power of American workers. As The Post reported, Americans have experienced their largest effective pay cut in 25 years under the Biden administration, according to researchers at the Dallas Fed.

A decline in real wages, or income adjusted for inflation, has cost New Yorkers earning $70,000 per year the equivalent of nearly $4,500 in buying power.

In public remarks last week, Fed Governor Lisa Cook said inflation has shown “a slower decline than I had anticipated.” She stated current economic conditions “likely will require ongoing rate hikes and then keeping policy restrictive for some time.”

The Fed’s current projections call for an additional interest rate hikes through the end of the year.

Meanwhile, ex-Treasury Secretary Larry Summers recently warned the US unemployment rate would likely need to rise to 6% for the Fed to effectively fight inflation – an increase that would mean millions have lost their jobs.

Prior to the September CPI release, investors were pricing in a whopping 86.8% probability that the Fed would hike by three-quarters of a percentage point for the four straight meeting. The market saw just a 13.2% chance of a smaller half-point hike, according to CME Group data. 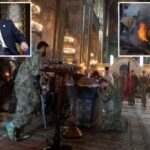 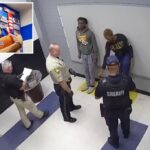