Indonesia won’t be slapped with sanctions from FIFA despite local authorities using tear gas inside a packed soccer stadium last week, sparking a deadly stampede and crush at exits that killed 131 people, including 17 kids.

Indonesian President Joko Widodo said FIFA President Giani Infantino wrote him a letter outlining potential collaborations between soccer’s governing body and the country and made it known Indonesia will remain host of next year’s Under-20 World Cup joined by 24 countries from five continents.

“Based on the letter, thank God, Indonesian football is not sanctioned by FIFA,” Widodo said in a video posted on the presidential office’s YouTube channel late Friday.

In an effort to break up the fights, riot police fired tear gas which sent hundreds of panicked fans fleeing for the stadium exits, setting the stage for one of the deadliest crowd calamities in sporting history.

In its security protocols, FIFA advises against the using tear gas in or around stadiums and recommends exit gates be unlocked at all times during a game. However, these regulations don’t apply to domestic or national leagues, and FIFA doesn’t have authority over how local governments and police control crowds. 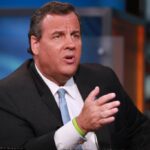