A pair of Indianapolis cops took a break from searching for a kidnapped infant to get a bite to eat, only to find the baby outside the restaurant.

Five-month-old Kason Thomass had been missing for three days after a car he was in with his twin, Kyair Thomass, was stolen in Columbus, Ohio, while their mother picked up a DoorDash order on Dec. 19.

Kyair was found abandoned near the Dayton International Airport the next morning, but Kason remained missing.

They decided to take a break, and that led them right to the black Honda Accord stolen from the twins’ mother. It was parked outside the pizza place the officers had decided to eat at.

The officers searched the car and found Kason in the back seat.

“It was time for us to decompress, because we were disappointed that we could not find him, and then God opened up the heavens to us and almost took him and put him right in our hands.” Anderson told WISH-TV.

“Basically, it happened totally unexpected and we located him,” Anderson added.

Nalah Jackson, 24, the woman accused of kidnapping the twins, was arrested earlier that day, and now faces kidnapping charges. But the car had remained missing until the officers stumbled across it.

The twins’ family called the discovery a “miracle” in an interview with WBNS-TV.

“It’s going to be the best Christmas ever,” said LaFonda Thomass, the twins’ grandmother. 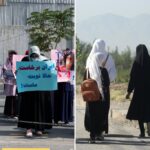 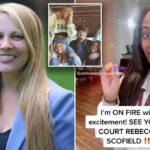