A restaurant where two of the University of Idaho murder victims worked denied a report that alleged killer Bryan Kohberger dined at the eatery before the massacre.

Jackie Fischer, the owner of the Mad Greek restaurant in Moscow slammed a People report where a former unnamed employee claimed that Kohberger had stopped by the eatery twice in the weeks before the killings and ordered vegan pizza.

Two of the victims, Madison Mogen, 21, and Xana Kernodle, 20, worked at the Mad Greek as waitresses. The employee said that the alleged killer’s order was notable because Kohberger, who an aunt told The Post had “very, very weird” dietary restrictions, wanted to ensure that no animal products touched his food.

“The news/media should really do their due diligence before running a story with completely fabricated information,” Fischer seethed in a Facebook post.

“This person who wants their 5 minutes of fame has now caused a whole bunch of extra work for myself and the investigators,” she added.

Fischer noted that she did not bar employees from speaking to reporters, but that the staff collective decided to “support the families and not share anything that could potentially harm the investigation or cause the families more stress.”

The restaurant owner added that she and her staff have been unable to probably grieve due to the aggressive media spotlight on the case.

“With our phones ringing off the hook, reporters banging on my door at my private residence and ‘hunting’ down employees as well as showing up constantly at the restaurant, we have not been afforded the time to grieve,” she said, before warning the public not to “believe everything you read.”

“If it’s not coming from the courts or the police, wait until it does or doesn’t before judging,” she said.

Fischer’s diatribe came just after twenty-two local and national news outlets banded together to request that an Idaho narrows the scope of a gag order in the case.

Kohberger, a 28-year-old Washington State University criminology student, has been charged with four counts of first-degree murder and burglary for fatally stabbing Mogen and Kernodle, as well as Kaylee Goncalves, 21, and Ethan Chapin, 20, in an off-campus home on Nov. 13.

Earlier this month, Latah County Magistrate Judge Megan Marshall barred attorneys, law enforcement agencies, and officials involved with the case earlier this month with a gag order. On Thursday, she expanded the prohibition to include all attorneys representing survivors, witnesses, and the victims’ family members from discussing the case.

But Josh Hoffner, national news director for The Associated Press, said that the “order is unnecessarily sweeping and broad and severely impedes the public’s understanding of a significant criminal investigation that profoundly impacted the community.” 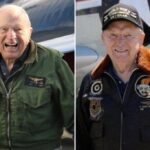 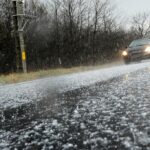