Police investigating the brutal slaughter of four University of Idaho students appear to be searching for a “Rambo”-style knife in the slayings, a local store owner said.

Moscow Building Supply general manager Scott Jutte told the Idaho Statesman that a police officer stopped by the retailer more than once this week to inquire about the possible sale of a KA-BAR brand combat blade.

“They were specifically asking whether or not we carry KA-BAR-style knives, which we do not,” Jutte told the paper. “If we did, we could’ve reviewed surveillance footage. But it wasn’t something I could help them with.”

He said the tactical knives used by US Marines in the 1940s are “similar to the knife Rambo has,” Jutte added, referring to the Vietnam vet character famously played by actor Sylvester Stallone.

“(KA-BAR) is more of a combat knife. It’s not really something that we specialize in,” added Jutte, who said his store sells mostly hunting knives.

On its website, KA-BAR, of Olean, New York, describes its signature blade as its “most famous knife.”

The “knives became so well recognized for their quality and so abundant in number that ‘Kabar’ became the name by which many referred to this knife pattern, regardless of whether the knife was manufactured at the actual KA-BAR facility,” it says.

“Today, the original USMC Fighting and Utility Knife remains the first choice for many men and women of service who carry it as their personal knife option,” the company adds.

On Wednesday, Moscow police Capt. Anthony Dahlinger would neither confirm nor deny to the Statesman that investigators from the department visited the store or interviewed Jutte.

“I can’t speak to that. I don’t have any new information to share,” he told the paper.

Police did not respond to request for comment Thursday.

News about the knife comes after Moscow Police Chief James Fry provided an update about the shocking crime, saying a murder weapon has not yet been found.

The murders of Ethan Chapin, 20, Madison Mogen, 21, Xana Kernodle, 20, and Kaylee Goncalves, 21, rocked the school community and prompted many students to vacate campus ahead of Thanksgiving break.

No suspect or motive has been determined in the slayings.

Meanwhile, it has emerged that another incident involving a knife at the University of Idaho occurred in September, when campus security sent out a so-called “Vandal Alert” to staff and students, Fox News reported.

Using the subject line “Threat with Knife,” the alert from Sept. 12 read: “The Moscow Police Department received a report that a group of students was walking between the Steam Plant parking lot (Lot #14) and the Student Recreation Center on Paradise Path and were threatened by a person with a knife,” according to the news outlet.

“No individual was harmed in the incident, but campus community members are advised to be cautious,” added the alert, which a concerned parent shared with Fox News Digital.

The suspect was described as a man between the ages of 18 and 22, wearing black clothes and a black baseball cap, and riding a mountain bike.

Police declined to comment to Fox News about the incident, whether the suspect was caught or whether the incident could be connected to the gruesome murder that occurred about a mile away.

“I have no information on that at this time,” Dahlinger told Fox News Digital, which said a school spokesperson didn’t immediately return a request for comment.

In his update Wednesday, Fry said two roommates were inside the off-campus home where the four students were found dead and that the 911 call wasn’t made until hours later.

He also backtracked about how concerned the community should be about an ongoing threat after authorities originally said the public was not in danger following the quadruple homicide. 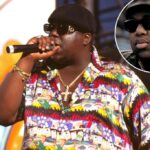 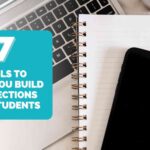 7 Tools to Help You Build Collections for Students