Their brush with a bloodthirsty killer was hardly discussed.

Now, what one of the two survivors saw and heard the Nov. 13 night four University of Idaho students died after Bryan Kohberger allegedly stabbed them in their beds has been revealed.

Bethany Funke and Dylan Mortensen, both 21 — the sole survivors of the bloodbath — found their friends’ bodies hours after the brutal attack in their off-campus home.

For the first seven weeks of the police investigation, it was reported they’d slept during the bloodbath.

But on Thursday, a police report showed something far more chilling: Mortensen came face to face with the killer just before he slunk out of the college house.

Who are Bethany Funke and Dylan Mortensen?

Funke and Mortensen, both 21, lived with, and were friends with the murdered foursome — Ethan Chapin, 20, Xana Kernodle, 20, Madison Mogen, 21, and Kaylee Goncalves, 21 — in the 1122 King Road house in Moscow. And they both were in the home during the slayings.

Floor plans show Funke and Mortensen lived on the first floor of the split-level home, accessible by a door with a code lock. The second and third floors, where the victims had been sleeping, could be accessed through a glass screen door.

Funke was a member of the Pi Beta Phi sorority with Kernodle and Mogen.

Night of the murders

Police have not revealed where Funke and Mortensen were in the hours before the killings, but confirmed they got home just after 1 a.m. The four victims made their way back to the house by 2 a.m.

According to a police report unsealed in court, Mortensen woke up around 4 a.m. after hearing voices. She reportedly thought she head Goncalves say “There’s someone here,” and crying from Kernodle’s room.

Mortensen opened her room to find a “figure clad in black clothing and mask that covered the person’s mouth and nose walking towards her.” She said she was shocked and frozen in place — but the man just walked past her and out the back sliding glass door.

Mortensen then locked herself in her room.

Involvement with the murders

Police never revealed the identity of the 911 caller, but said it came from one of the surviving roommate’s phones. Investigators have also not revealed why the 11:58 a.m. phone call came nearly eight hours after Mortensen reportedly saw the killer inside her home.

Investigators said early on that Funke and Mortensen may be “key” to solving the crime, and quickly ruled the two out as suspects.

Police said the women were cooperative throughout the probe.

Funke and Mortensen have largely remained silent since the killings. The two wrote letters for their lost friends, which were read aloud by a pastor during a December service for Kernodle.

Mortensen said the four friends “changed the way I look at life.”

Funke wrote the victims “were all gifts to this world in your own special way — and it just won’t be the same without you.”

The two girls appeared to get matching tattoos to memorialize their four friends. They inked the initials of the victims’ names — MKXE — on the back of their arms along with angel wings, the Independent reported. 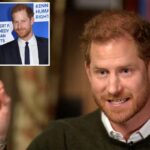 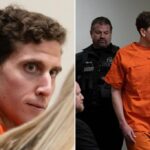