Family members of the four University of Idaho students viciously stabbed to death in their beds say they are “relieved” a suspect was finally arrested Friday morning.

“Of course we’re relieved,” Cheryl Goncalves, grandmother of victim Kaylee Goncalves, told The Post upon hearing that Bryan Christopher Kohberger had been taken into custody.

“This is what we wanted,” she continued. “We wanted him caught and now we want justice.”

Goncalves, 21, was found stabbed to death alongside roommates Madison Mogen, 21, Xana Kernodle, 20, and Kernodle’s boyfriend Ethan Chapin, 20, in the early hours of Nov. 13.

After a nationwide manhunt by the Moscow police, FBI and Idaho State Police, Kohberger was apprehended near Scranton, Pennsylvania, in a pre-dawn raid Friday.

A white Hyundai Elantra matching the description of the car police had identified as being near the crime scene at the time of the murders was also confiscated from the scene.

Kohberger, 28, was reportedly a doctoral candidate in criminal justice at Washington State University in Pullman, around 10 miles from the victims’ three-story Moscow home.

Earlier this month Goncalves’ father, Steve Goncalves, was vocal over how he felt about the Moscow Police Department’s ability to handle the high-profile case.

“They’re just inexperienced — and I don’t want anyone making mistakes in my child’s case,” Goncalves told The Post at the time.

Local news outlets reported that Kohberger appeared briefly in Monroe County court Friday morning. He is set to appear at a hearing about extraditing him to Idaho to face charges on January 3. 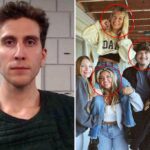 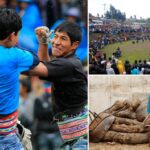