The grieving parents of slain University of Idaho student Kaylee Goncalves said they “couldn’t take [their] eyes off” suspect Bryan Kohberger upon seeing him in court this week.

“I just was too overtaken by the fact that I was, you know, in a courtroom going over a case that had to do with…people that I cared [about] and loved,” Steve Goncalves told NewsNation’s Ashely Banfield in an exclusive interview Thursday night.

“I just looked at him…and I couldn’t take my eyes off of him, his every movement,” his wife, Kristi Goncalves, recalled.

Explaining that she “expected to feel…just this immense amount of hate,” Kristi said that she is “a little bit in shock still.”

The Goncalves were joined by their lawyer, Shanon Gray, to discuss the case against Kohberger, 28, who is charged with murdering Kaylee, 21, her best friend Madison Mogen, 21, their housemate Xana Kernodle, 20, and Kernodle’s boyfriend Ethan Chapin, 20, at their off-campus house in Moscow, Idaho on Nov. 13.

Kohberger, a doctoral student in criminology at Washington State University in nearby Pullman, was arrested at his parents’ Pennsylvania home on Dec. 30 after a seven-week manhunt.

The arrest affidavit that was released upon his extradition to Idaho this week revealed evidence that Kohberger may have cased the students’ home at 1122 King Road at least 12 times in the months leading up to the heinous attack.

“I just could not believe that…he has done what he has done,” Kristi said of the accused killer.

Steve also said he was surprised to find Kohberger was “a guy that looks like a normal everyday…kid.”

“I didn’t see anything there that caught my eye,” he admitted.

Kohberger did not enter a plea at Thursday’s hearing. He is due back in court for a status hearing on Jan. 12.

For their part, the Goncalves said they hope their daughter’s alleged murderer will face the the death penalty.

“Justice is when you leave the planet, and the whole world is able to rejoice and be glad that you’re not there,” Steve told Banfield, stating that the family “will forgive” Kohberger if he pays for his alleged crimes with his life.

“For me, [justice is] gonna look a lot like an end,” the devastated father reiterated. 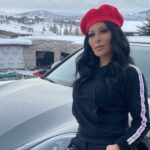 Jen Shah Sentenced to 6.5 Years in Prison For Fraud 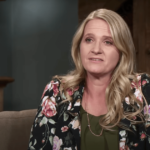 Sister Wives’ Christine Brown Jokes She Looks Like a ‘Polygamist’