Police executed a search warrant at the 28-year-old Ph.D student’s residence and office at Washington State University in Pullman on Dec. 29, the same day as Pennsylvania police and a SWAT team had raided his parents house and taken him into custody in the early hours of the morning.

Kohberger was subsequently charged with masterminding and carrying out the vicious Nov. 13 killing spree in Moscow, Idaho — a ten minute drive from his residence — which saw four defenseless students knifed to death as they slept.

According to the newly unveiled findings, police also found shoes with diamond-pattern soles — matching footprints found at the murder scene — as well as “data compilations” of information about the victims.

This is a developing story, check back for updates 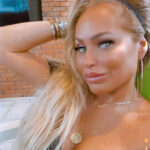 Who Is Darcey Silva? ’90 Day Fiance,’ ‘Darcey and Stacey’ Star 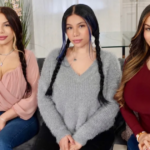