The family of accused Idaho murderer Bryan Kohberger is standing by their son in an effort to “promote his presumption of innocence,” they said Sunday in their first public statement.

Kohberger, 28, was arrested Friday in his family home in Pennsylvania for the fatal Nov. 13 stabbings of four University of Idaho students.

His public defender Jason A. LaBar released the statement on behalf of his parents and his sister.

“We have fully cooperated with law enforcement agencies in an attempt to seek the truth and promote his presumption of innocence rather than judge unknown facts and make erroneous assumptions,” the family said.

The Kohberger said they “will continue to let the legal process unfold and as a family we will love and support our son and brother.”

The family expressed their condolences to the four victims — students Kaylee Goncalves, Madison Mogen, Xana Kernodle and Ethan Chapin — saying “there are no words that can adequately express the sadness we feel, and we pray each day for them.”

“We respect privacy in this matter as our family and the families suffering loss can move forward through the legal process,” the three family members wrote. 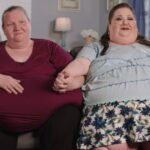 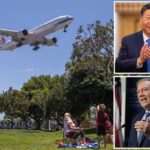