The man arrested over the brutal murders of four University of Idaho students has been named as Bryan Kohberger, sources confirmed to The Post.

A SWAT team entered the location in Pennsylvania where Kohberger, 28, was staying and took him into custody around 3 a.m. Friday, WPVI reported.

Police also seized a white Hyundai Elantra matching the description of a car police had being trying to locate from the scene of the murders.

Online records indicate Kohberger appears to have been pursuing a doctorate in criminal justice at Washington State University in Pullman, less than 10 miles from Moscow. Shortly after his arrest, the university took down a grad student page listing his name.

A man with the same name is also listed as having received a master of arts in criminal justice from DeSales University in Center Valley, Pa., in 2022.

While at DeSales, Kohberger allegedly posted in a Reddit community for former prisoners to ask for help with a research survey about “how emotions and psychological traits influence decision-making when committing a crime.”

The post, which identified Kohberger as the “student investigator,” was purportedly interested in “the story behind your most recent criminal offense, with an emphasis on your thoughts and feelings throughout your experience.”

Kohberger appeared briefly in a Monroe County court friday morning. Records showed he was ordered held without bail and is due to be extradited after a hearing on Jan. 3.

His arrest comes almost seven weeks after Kaylee Goncalves, 21, Madison Mogen, 21, Xana Kernodle, 20, and Ethan Chapin, 20, were stabbed to death in their beds as they slept in their off-campus home on Nov. 13.

The murders were the first in Moscow in seven years and have rocked the small college community. Earlier this week, police confirmed they were sifting through 20,000 tips in connection with the case.

Police say the four students were murdered sometime between 3 and 4 a.m. but they were not discovered until hours later after roommates Dylan Mortensen and Bethany Funke became worried they could not reach their friends and called police, who made the grim discovery.

The Moscow Police Department, in conjunction with the FBI and investigators from the University of Idaho, is set to hold a press conference to address developments in the case at 1 p.m. local time Friday.

Meanwhile, a professional crime-scene clean up crew arrived on Friday at the home at 1122 King Road in Moscow where the stabbings occurred, but police stopped them from entering the house due to the developments in the case.

After the conclusion of the investigation, it is unclear if the three-story house will be demolished or re-listed by the property owner. 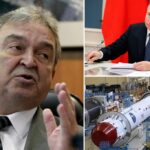 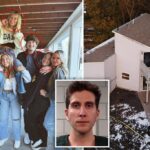