Accused killer Bryan Kohberger flashed an icy, penetrative stare at photographers as he arrived to court Tuesday, handcuffed and wearing a red prison jumpsuit for his first appearance since he was charged over the brutal murders of four University of Idaho students.

Kohberger, 28, appeared at court in Monroe County, Pa., as a formality before he is flown to Idaho after waiving his right to an extradition hearing. He is being represented by Monroe County Public Defender Jason LaBar in the region’s Court of Common Pleas.

The alleged killer was arrested by authorities in a raid early Friday at his parents’ home in Albrightsville, Pa., after driving cross-country from his home in Pullman, Wash., with his father.

The alleged killer glared at cameras with wide eyes surrounded by dark circles, giving him a ghoulish appearance after his first days in jail. He kept his lips tightly closed in a neutral position, giving no indication of his feelings as he was escorted into the court building.

The 28-year-old criminal justice PhD student is set to appear in court around 3:30 p.m., after which he is expected to be extradited to Idaho via plane and arrive in the Gem State as soon as Tuesday or Wednesday.

“Idaho would come and get him as quickly as possible,” local criminal defense attorney John Waldron, who is not involved in the case, told WFMZ.

Prosecutors can’t release the probable cause affidavit, which includes the details of why authorities arrested Kohberger, until he gets to Idaho court, state law mandates.

The document is likely to help the public understand how Kohberger was caught in the more than six-week investigation.

The alleged murderer was a doctoral student and teaching assistant in the Department of Criminal Justice and Criminology at Washington State University, less than 10 miles from where the four students were killed.

LaBar reminded the public that Kohberger “should be presumed innocent until proven otherwise” — a statement his family echoed in a Sunday statement saying they are cooperating in the investigation to “seek the truth and promote his presumption of innocence rather than judge unknown facts and make erroneous assumptions.” 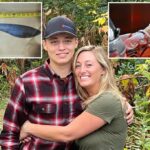 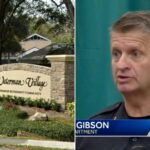