Cops investigating the brutal slaying of four University of Idaho students are sorting through a staggering 22,000 Hyundai Elantras to find the one thought to be a “critical” clue in the case.

That tally is all the registered vehicles potentially matching the white 2011-2013 model seen in the “immediate area” of the off-campus home where the friends were stabbed to death in the early hours of Nov. 13.

“That’s an awful lot of information — but it may not be all of them,” Moscow Police Captain Roger Lanier said Thursday.

The key car might be “one that’s just not on the registration database” or one usually kept off the road, the police chief said, renewing appeals for info on potential matches.

So far cops have only said the white Hyundai was in the “immediate area” of the brutal slaying, without revealing if those inside it are sought as suspects or just key witnesses.

However, Lanier stressed again Thursday that “we are confident that the occupant or occupants of that vehicle have information that’s critical to this investigation.”

The top cop said that even with the intense “fascination” in the case, not everyone will be savvy to news of the search.

“Maybe your neighbor has one in the garage that they don’t drive very often. Maybe there’s one that’s just not on the registration database. Let us know,” he said.

The small Moscow force said it has dedicated six detectives and five support staff to the murder case — with the support of 48 FBI investigators, including behavioral analysis specialists, as well as 28 officers from Idaho State Police.

So far, police have been unable to reveal any suspects or motives for the slaying of Kaylee Goncalves, 21, Madison Mogen, 21, Xana Kernodle, 20, and Kernodle’s boyfriend Ethan Chapin, 20.

The police chief said he remained confident that the case will be solved, praising a recent “spike in tips.”

“Eventually we’re going to narrow in on exactly what happened and who did it,” he vowed in an earlier update Wednesday. 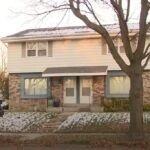