A US Army veteran from Idaho was killed while fighting Russian forces in Ukraine earlier this month, according to heartbroken family members.

Dane Partridge, was fatally wounded by a tank round on Oct. 3 while fighting in the Russian-separatist controlled Donbas region in Eastern Ukraine.

A spokesperson from the US Department of State confirmed to The Post that an American citizen was killed in the Donbas region of Ukraine, but provided no additional details.

“We are in touch with the family and are providing all appropriate assistance,” the spokesperson said, adding they would not be providing additional information “out of respect for the family’s privacy during this difficult time.”

On Monday, Partridge’s sister Jenny Partridge Corry shared an update on Facebook that said Partridge was on life support after he was critically injured.

A doctor from the Kyiv Military Hospital confirmed to the family that Partridge suffered extensive brain damage as well as spinal damage at the brain stem and neck, according to Corry.

The next day, the family learned that Partridge had succumbed to his wounds.

“We have just been informed that Dane aka Bird has passed away while still being on life support. I know his soul has found peace,” Corry wrote.

She remembered her brother as “always good for a joke, witty banter and the occasional serious conversation.”

“He stayed true to his faith and spiritual convictions till his dying days,” she continued.

“He was a fine soldier who fought with valor and bravery on the battlefield. We have been told that he was known to be at the front of his team leading his men as he would never ask his men to do anything that he wasn’t willing to do.

“Our lives have forever been changed by this stalwart man.”

Days earlier, Partridge’s father, Dennis Partridge, told friends and family in a post that his son had been injured “fighting for freedom in Ukraine.”

“I have found it difficult to discuss the events of this last week, my son Dane who was fighting for freedom in Ukraine, was critically injured by a Russian tank round, and currently in a coma with a significant brain injury.”

While he was stationed in Ukraine, Corry said he occasionally messaged her to let her know how much he missed his wife and children.

Partridge joined the fight in Ukraine in April after raising funds to purchase himself a plane ticket and upgraded military equipment. He said at the time that he “felt a need to go” and help defend Ukrainians from invading Russian forces.

“This has been discussed with several people and I am confident in my decision to go. I am reaching out to see if I can get some support in getting over there,’ Dane wrote in a post about his fundraising campaign.

After buying a plane ticket and updating his body armor and helmets, he left for Europe on April 25. He wrote his last Facebook post on April 27, after landing in Poland before crossing the border to join the fight in neighboring Ukraine.

“Made it to the embassy, getting on a bus for the border. From this point on I will not likely be giving locations or actions for opsec reasons. I will let you all know I’m alive,” the veteran said.

Matt Reeves, Patridge’s commanding officer from 2007 to 2009 during his 15 month tour of Iraq during Operation Iraqi Freedom, wrote in a touching tribute to his former soldier on Facebook.

“But he felt so strongly about it that he went. And there’s no possible way to talk someone out of something like that. Nor can you even approach them about it. He felt that same call to defend the Ukrainian people as he did for the Iraqi people. Maybe he’s a better man than me for that.” 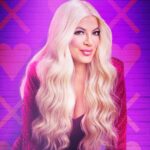 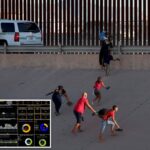