By the time they reach what has become the busiest border crossing in the U.S., many have traveled for hundreds of miles on foot, making long and treacherous journeys.

Once they surrender to U.S. Border agents, migrants are evaluated to see if they have a valid claim to asylum, a process which takes around three days.

If they are deemed to have a case, they are given a court date and allowed into the country while they see the process through. The Post spoke to recently arrived migrants in El Paso to hear their stories. All of them entered the U.S. legally, exercising their right to seek asylum.

Antonio López Cruz left his home in Nicaragua on Nov. 24 after he was jailed and tortured for attending a protest against they country’s dictatorship.

“I was arrested by the military, tortured and then released for the medical condition they left me in…I have scars all over the back of my head and on my back,” López, 41, said in Spanish. Police falsely accused him of being paid by the U.S. to protest and “almost broke my back,” he recounted in horror.

“I never thought that protesting would force me to leave my country and come here, but fear made me act this way.”

The father and his 11-year-old son, Antonio Isaac López, fled the country alone — López’s wife died of cancer after she wasn’t able to get treatment in Nicaragua — but were exploited by the Maras gang after they crossed into Honduras.

“They stopped us several times. The first time was when one of them jumped in the bus we were riding on and said: ‘You know what’s next if you don’t cooperate.’”

López paid the gang member the $60 he demanded, and those who couldn’t pay were thrown off the bus.

“We didn’t know what happened to them,” he said.

At one point in the journey, they had to cross a small stretch of sea via boat, López explained. When a big wave hit, a baby slipped from their mother’s arms and fell into the water.

“The driver — the smuggler — said we couldn’t go back and we had to leave the baby there and keep going. It is really tough what we go through to get here,” he said.

Things didn’t get better in Mexico, where López says police in Chiapas — Mexico’s southernmost state — wouldn’t let him through a checkpoint without paying $80.

“We had to reach for the little money we had and pay the extortion. They threatened us with deportation if we didn’t.”

As López and his son were arriving at the US border on a bus, they were kidnapped by an armed man who dragged them into an SUV and took them to a house with about 20 others. The hostages were only fed bread and apples, he said.

“They started asking one by one to call their families for ransom. They wanted $2,500 for each one of us,” he said. “A bit before it was my turn, the Mexican Army arrived and rescued us and took us to a shelter in Ciudad Juárez.”

The next morning, the two crossed the Rio Grande and entered the U.S., turning themselves over to Border Patrol and asking to seek asylum. They were then in an Immigrations and Customs Enforcement (ICE) detention center for three days.

“Some of the officers told us we didn’t have any right to ask for water or food because we were inferior,” he said “…That we should keep quiet or would be deported back to Nicaragua.”

After their release, the dad and son were dropped off in El Paso with “no money, no belongs, nothing,” and luckily found a place to stay in a shelter. López says he has a family friend in Houston who will take him in.

“He is also helping me find a job. But first I need to get there.”

“The army was trying to kill me,” Alonso Quiñones said. That’s why he and his wife fled Colombia’s Cauca Valle, where “you have to belong either to a paramilitary group or to a gang.”

Quiñones, 39, said he belonged to neither, which made him everyone’s enemy. One evening, the army stopped him and wouldn’t let him go after he told them he wasn’t part of a paramilitary group, he said. They threatened to turn him over to the gangs, who he thought would kill him.

“They beat me up and let me go. But on the next day they came up to my house with several other armed men. I didn’t get the door and they tried to enter but they couldn’t and left. That was the time I told my wife that we needed to go.”

The couple saved for plane tickets, and flew to Cancun before boarding a bus to Cuidad Juárez, which borders El Paso. They crossed the Rio Grande into the US in August. His journey to the border was relatively smooth and safe compared to many people, he said.

Quiñones was detained at a US processing center and questioned for hours about why he came, he recounted. He was then moved to Otero County Processing Center in New Mexico, where he languished for months.

Quiñones learned that while he was detained, his personal information was published online along with 6,000 others in a massive ICE security breach. He heard people back home got his information.

“They swore to me that information was not going to be seen by anyone in my country, I couldn’t believe they lied,” he said of U.S. officials.

Then, the couple was suddenly told they were going back to Colombia and were put on a plane.

“I was thinking I was a dead man. I would be killed immediately upon arrival to Colombia,” he said. “And then before the plane took off, an officer jumped in and called me and my wife’s name and another five people and said that we could stay, that there had been a mistake.”

The pair were then dropped off in El Paso last week. His wife got sponsored and is now in Alabama while he looks for work in Texas.

“I think everyone is a good person here,” Quiñones said of Americans. “They’ve been helping us a lot and everyone is saying that hard work pays well.”

Alfredo Gris is used to conducting interviews, not being the subject.

Gris, 47, was a journalist in Mexico, the world’s most deadly country for the press.

His trouble started after writing an article about how a Mexican electricity company was allegedly making up numbers to steal tens of millions of pesos. He says local police got him fired from his job, and then armed men who claimed to work for the government kidnapped him.

“I got tortured and raped and after several days they dumped me in the streets,” he said.

He was scared to leave his home state, Quintana Roo, but when he was set to attend a journalism conference in Chihuahua in November, he decided to leave and never come back.

After landing in Chihuahua, he got on a bus to Cuidad Juárez and turned himself into border agents at the port of entry.

He was turned away the first time, but with the help of a lawyer in El Paso, he got an interview with ICE. From there, he was taken to a detention center for two days and released to a shelter in El Paso.

“I’ve been trying to keep myself busy,” he said. “I’m doing a lot of writing, a lot of interviews with the people I’m with, and also trying to get a job to save some money for a ticket out of here.”

He plans to go to North Dakota, which he heard is a good place for asylum seekers.

“It was never my plan to come to this country where I’ve never been before or speak the language, but here I am.” 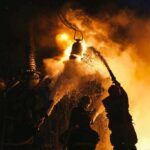 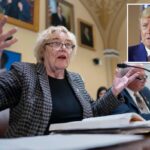