Dr. Anthony Fauci admitted in a new interview that he should have been “much more careful” in his early messaging about the COVID-19 pandemic — saying he should have stressed “the uncertainty” at the time.

The retiring director of the National Institute of Allergy and Infectious Diseases was asked Wednesday while speaking at the University of Southern California if there was anything he wished he would have done differently during the pandemic.

“You know, the answer is yes, Dan. I mean, my goodness, no one’s perfect. Certainly I am not,” the chief White House medical adviser replied, according to The Hill.

“When I go back in the early months, I probably should have tried to be much, much more careful in getting the message to repeat — the uncertainty of what we’re going through,” Fauci said.

“When I said, ‘At this particular time, we should not necessarily do anything different,’ that’s when there was, like, five cases in the country,” to top infectious diseases doc said.’

Fauci recalled how he had advised that lifestyle changes were not necessary when there were relatively few cases, while also adding the caveat that conditions could “change rapidly and we need to be prepared.”

“But then I said — I kid around about it — it was semicolon, ‘However, this could change rapidly and we need to be prepared,’” he added.

He lamented the fact that the only remarks “thrown back” at him during the early days of the outbreak were his recommendations that things did not have to change.

“Well, as a matter of fact, that was true. But if you wanted to say — if we knew then that this virus under the radar screen was transmitting in a way that was not fully appreciated and any of us would have said, ‘Hey, you know, we’ve had five cases in the country. We need to shut down.’ People would have looked at us like we were crazy,” Fauci said.

Faui also bemoaned how the media can distort some messages and “make mischief by clipping out a few words.”

“You have to be very careful. It is really unfortunate that that’s the world in which we live, in that it’s a bunch of sound bites — sound bites that sometimes get cut in half and get misinterpreted,” he said.

Last month, Fauci admitted that the federal government “botched” part of its handling of COVID-19 and blamed politics for interfering with a unified national response to the virus.

He said the government should have adopted commercial testing and recommended mask usage earlier in the pandemic.

The flip-flopping on mask guidance came after scientists discovered the virus was being spread in the air largely by asymptomatic people.

“We didn’t know masks worked outside of the hospital setting. There was supposedly a shortage of good masks for the people who were taking care of individuals,” Fauci told Evan Smith, CEO of The Texas Tribune.

The veteran immunologist has dismissed allegations from Republican lawmakers that he abused his power or lied during the pandemic, and said he would have “nothing to hide” in a potential investigation promised by GOP leaders if their party takes back the House in the midterm elections.

When asked Wednesday if he would sit for such an investigation, Fauci said: “Of course, I have no problem. I am a big believer in oversight, and I have testified before Congress literally hundreds of times.” 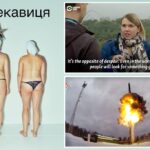 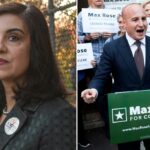 Malliotakis has 6 point edge over Rose in House race: poll