Brian Walshe was busted in 2018 for selling two paintings in 2016 he claimed were part of the pop artist’s 1978 “Shadows” series to an unsuspecting buyer on eBay for $80,000, according to the US Attorney’s Office for the District of Massachusetts.

Walshe, 47, pleaded guilty to one count each of wire fraud, interstate transportation to defraud, possession of converted goods and unlawful monetary transaction in April 2021.

He was still awaiting sentencing on those charges, his lawyer said in court Monday, according to WCVB.

Brian Walshe was arrested Sunday and charged with misleading police during their investigation into his missing wife. His attorney said Monday he was on house arrest and wearing a location monitoring device in connection to another criminal case, WCVB reported.

Wife Ana Walshe, a 39-year-old real estate agent and mother of three, disappeared on New Year’s Day after her husband claimed she took a rideshare service for Logan International Airport in Boston. She was reported missing Jan. 4.

Brian Walshe, in the 2018 fraud case, went to great lengths to sell the fake paintings, the US Attorney’s Office said. He told his friend in South Korea he could sell the friend’s Warhol pieces for a good price and convinced him to let him take them and other fine art back to the United States.

But after he took the paintings, the friend never heard from him and only made contact with Walshe through a mutual friend, who retrieved some of the art, prosecutors said.

When selling the two fake Warhol copies to the buyer in 2016, Walshe included a photo of an invoice for the two Warhol paintings with Warhol Foundation numbers, the feds said.

But when the buyer obtained the paintings and then later removed their frames, he found no Warhol Foundation authentication stamps and saw that the canvasses and staples looked new, according to prosecutors.

He compared the paintings he bought and the paintings pictured on eBay, and they looked different, prosecutors said. After several attempts were made to contact Walshe, the fraudster finally replied and made excuses for the delay in refunding the buyer’s money, the feds said.

The sentencing delay for the art fraud could be connected to another legal matter involving Walshe. Law 360 reported in June 2022 that a Boston federal judge ordered a proceeding over whether Walshe stole from his dead father’s estate, destroying the disinherited will that was left for him.

Prosecutor Lynn Beland, addressing Walshe’s latest arrest, said in court Monday that blood and a damaged knife were found in the basement of Ana Walshe’s home, according to Fox News. Beland also reportedly said he bought mops, a bucket and tarps.

Investigators found Walshe’s internet search history included “how to dispose of a 115-pound woman’s body,” and how to dismember a body, two law enforcement sources briefed on the missing person probe told CNN.

Prosecutors alleged Brian Walshe was not truthful when asked about his wife’s disappearance and as a result impeded the probe.

“The intentional, willful and direct responses to questions about his whereabouts on the days of Sunday, January 1, 2023, and Monday, January 2, 2023, were a clear attempt to mislead and delay investigators,” the affidavit states. 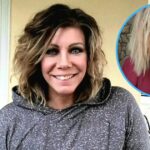 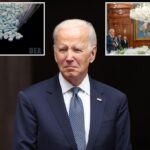