He’s had it up to here with Hurricane Ian.

The helmeted correspondent was gamely reporting amid driving rains in Punta Gorda when the skies suddenly cracked above him.

The reporter abruptly stopped talking, jerkily hopped to one side and looked up at the sky before pacing away from the frame while shaking his head.

Another reporter — also struggling to keep her cool in another hurricane-ravaged area — took over the segment at that point.

“Things have gotten pretty rough here,” she said understatedly while trying to remain upright in the face of flying palm tree branches and sideways rain.

Hurricane Ian’s eye was expected to set its sights on Punta Gorda Wednesday after deluging Naples with record storm surges. 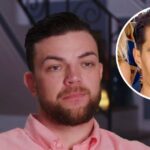 Stars Work During and After the Show