Storm preparations were in full swing in Florida on Monday with Hurricane Ian on the horizon as officials announced widespread school closures, flight cancellations and the Tampa Bay Buccaneers moved their practice to Miami.

Traffic also came to a standstill on major highways in the Sunshine State as more than 300,000 residents have been ordered to evacuate ahead of Ian’s arrival.

Gov. Ron DeSantis declared a state of emergency for all of Florida ahead of Hurricane Ian making landfall later in the week. The storm could grow into a Category 4 hurricane by late Tuesday above the Gulf of Mexico and is expected to bring coastal flooding, heavy rain and high winds to the Sunshine State.

Tampa is expected to be one of the hardest hit areas.

Tampa International Airport will shut down and suspend all flights beginning at 5 p.m. Tuesday which will allow for staff to prepare the airfield and secure equipment ahead of the storm.

Residents of Tampa and the larger Hillsborough county as well as Pinellas, Sarasota, Charlotte and Hernando counties were affected by mandatory evacuation orders.

Floridians fleeing the city created a traffic jam on Interstate 4 heading west out of Tampa, with live video showing cars’ brake lights illuminating the sky at 10 p.m. in bumper-to-bumper traffic.

The Tampa Bay Buccaneers moved their practice from Tampa to Miami ahead of the storm, though it’s unknown if the NFL team will reschedule or relocate the Buccaneers game against the Kansas City Chiefs on Sunday.

Statewide, about 5,000 Florida National Guard members are ready to jump into action as well as another 2,000 troops coming from Tennessee and Georgia.

Ian is expected to pass west of the Florida keys later Tuesday before heading toward the Gulf Coast of Florida between Wednesday and Thursday. 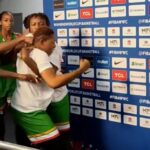 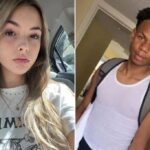