Confirmed fatalities, ranging in age from 22 to 92, occurred across at least six Florida counties, while another death was reported by local authorities outside Raleigh, North Carolina.

With assistance pouring into Lee County from around the state and country, Marceno said more than 600 stranded survivors were rescued from their homes so far.

Sporadic reports of storm-related deaths trickled in from across the Sunshine State, and authorities said the toll will continue to climb as recovery efforts progress.

Rescue crews were going door-to-door in hard-hit regions, including battered islands that are largely cut off from the mainland.

With more than 1.1 million Floridians without power, many who need assistance still have no means of communication to request help.

The power outages were concentrated along Florida’s hard-hit southwest coast, particularly in Lee and Charlotte counties, as well as inland Hardee County, where rivers and streams continued to swell long after the storm departed.

“We are informing the residents that this is a long term recovery process,” she told Fox. “This is not a place that is habitable at this time and likely won’t be for a while.”

All told, the storm could total $63 billion in insurance claims, risk-modeling firm Karen Clark & Co. estimated — the largest such loss in Florida history.

“Our hearts break for the folks whose lives have been devastated by this storm,” he wrote. “We are with you. And we’ll stay at it for as long as it takes.”

Florida Gov Ron DeSantis, in Fort Myers as he traversed the state to assess the damage, announced that Elon Musk’s SpaceX is sending 120 Starlink systems to boost internet access in regions hit hardest by the storm.

“They’re positioning the Starlink satellites to provide good coverage to Southwest Florida and other effected areas,” DeSantis said, adding that Musk had “donated all the costs associated with the coverage.” 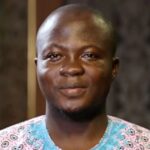 Michael Ilesanmi Job, What He Does for a Living 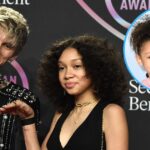