A real estate company with ties to first son Hunter Biden received more than $100 million from a Russian billionaire for property investments across the US that date back a decade, sources have told The Post.

The hefty cash injections into Rosemont Realty came from Elena Baturina — one of Russia’s wealthiest women, the widow of the former mayor of Moscow, and a close ally of Moscow tyrant Vladimir Putin, the sources said.

In one portfolio deal, Baturina paid at least $40 million to Rosemont to invest in office buildings across the country, according to a source with knowledge of the transactions.

That money went toward the 2012 purchase of seven office buildings in Texas, Colorado, Alabama, New Mexico and Oklahoma, according to deal-related emails obtained by DailyMail.com.

This isn’t the first time President Biden’s 52-year-old son has been linked to Baturina, whose late husband Yuri Luzhkov was mayor of Russia’s capital for more than 18 years before being dismissed by then-President Dmitry Medvedev in 2010.

Baturina, who has an estimated net worth of $1.4 billion, had wired $3.5 million in 2014 to a bank account held by Rosemont Seneca Thornton — a consortium formed between Hunter’s investment company, Rosemont Seneca, and the Boston-based Thornton Group.

Like Rosemont Realty, Rosemont Seneca Thornton is an offshoot of Rosemont Capital Partners, a private equity form co-founded by Hunter Biden and Chris Heinz, the stepson of former Secretary of State John Kerry and son of the late Pennsylvania Senator Chris Heinz.

The 2014 transfer was later scrutinized in a 2020 report commissioned by Senate Republicans probing Hunter’s ties to Ukraine after Baturina’s transfers were flagged in suspicious activity reports filed by banks to the US Treasury Department.

Hunter’s lawyer, George Mesires, denied Biden’s son profited from that transaction, telling CNN at the time: “Hunter Biden had no interest in and was not a co-founder of Rosemont Seneca Thornton, so the claim that he was paid $3.5 million is false.”

The GOP report — overseen by Sens. Ron Johnson (R-Wis.) and Chuck Grassley (R-Iowa) — described Baturina’s involvement with Hunter as “a financial relationship” but did not touch on why the wire transfer was made.

The question of who pocketed the $3.5 million has never been determined.

Less than two months after the wire transfer, Hunter and his then-business partner Devon Archer met with Baturina in April 2014 at the Villa d’Este — a well-known haunt of Russian oligarchs overlooking Lake Como, Italy.

According to emails uncovered from Hunter’s infamous laptop, Baturina’s name also popped up that same month regarding a possible real estate deal in New York’s Chelsea neighborhood, as well as a Latin American cocoa venture.

Despite denying ever discussing his son’s business dealings, Biden attended a dinner at Cafe Milano in Washington DC with his troubled son’s business associates in April 2015.

Baturina and Luzhkov, who died in 2019 after complications from heart surgery, were among those invited to the dinner, according to a copy of the guest list that Hunter had emailed to Archer three weeks prior.

While the records on the laptop don’t make clear whether Baturina ended up at the dinner, Archer had emailed Hunter ahead of the event to say she didn’t want to attend.

“Yelena doesn’t want to steal Yuri’s [sic] thunder, so she’ll be in town to meet with us but doesn’t want to come to dinner,” Archer wrote on March 20. “That was just her thoughts. We could insist.”

The emails detailing Baturina’s $40 million real estate investments came from a leak obtained by the Kazakhstani Initiative on Asset Recovery, an anti-corruption group focusing on the former Soviet republic.

The messages were exchanged between Archer and Kenes Rakishev — a Kazakhstani businessman who was photographed with Hunter and Joe Biden at the Cafe Milano dinner.

“Inteco, who I know you know, is taking a significant equity piece … We’d love to have you on board,” Archer wrote in an email to Rakishev.

“I know you mentioned you were less interested in real estate but this is a deal we’re closing next month and it’s just too attractive not to share.” 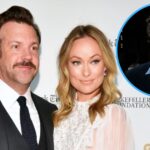