Hundreds of mourners flocked to temples in northeast Thailand on Saturday to grieve and pray for dozens of children and adults killed at a day care center on Thursday, the nation’s worst mass killing.

Coffins for the 36 victims, 24 of them children, sat in temples in Uthai Sawan, where they were covered with flowers, children’s toys, and photographs of the slain angels. The entry to nursery was also lined with offerings to the dead tots, including flowers, toys and snacks.

Grieving family members and relatives stayed overnight at the temples as part of a ritual to keep company those who have died young.

“All the relatives are here to make merit on behalf of those who died,” Pensiri Thana, a victim’s aunt, told the Associated Press. “It is our belief that we should be with them so they are not lonely.”

King Maha Vajiralongkorn greeted relatives and survivors at a hospital late Friday, where he shared his sorrow over the “evil incident.”

“There are no other words to describe this feeling,” he said. “I want to give you all moral support to be strong, so that the souls of those children can have a sense of relief that their families will remain strong and be able to move forward.”

Deranged murderer Panya Kamrab, 34, who had been fired by the police force last year for drug use, went on a killing spree at the nursery, slashing the children as they slept, and fatally shot a pregnant woman.

He then drove home to kill his own wife and child, along with himself. He was dealing with stress related to marriage and money issues, police said.

Police said that three boys and two girls survived the attack, with four of them hospitalized.

The nation’s previous worst mass killing occurred in 2020 when an angry soldier went on a shooting rampage in and around a mall in the northeastern city of Nakhon Ratchasima, killing 29 people. 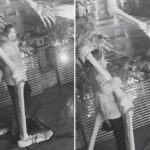 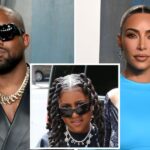 Kanye West, Kim Kardashian Avoid Each Other at North’s Game