In Touch has affiliate partnerships so we may receive compensation for some links to products and services.

It might be the surest thing in the world to state – everyone wants to end up somewhere. While that “somewhere” is often very personal and even undefined at times, you would be hard pressed to find any person who wants to do the same thing, in the same place, for the remainder of their days on earth. Deep down, everyone craves something that is personally valuable to them which is not currently present in their lives. Be it a comfortable retirement, a fancy new car, or an incredibly beneficial promotion, each person wants something that will take a little elbow grease to secure. Some might refer to these as goals.

And yet, so many of us stand complacent in our daily lives. The routine of the work week becomes much more of a rut than anything else. In turn, the weekend is more of a recovery stint than an opportunity to make progress in your personal life. All this results in those personal goals becoming more like pipe dreams than anything else. Simply put, life can be hard in and of itself. Setting and achieving goals on top of this is that much harder. But doing so and pushing through the difficulties can result in incredible achievements. Astronaut Scott Kelly said as much, “If we have a goal and a plan, and are willing to take risks and mistakes and work as a team, we can choose to do the hard thing.”

This is all well and good in a vacuum. But, as you likely know, finding the right goals to set and then achieving them is an immense undertaking. So what does this process look like in the real world? Below you will find a variety of ideas to help you get things going in the right direction.

Each and every human is more than able to come up with an ideal outcome or achievement that would make their life better in some way. Daydreaming is a common occurrence for many – which is why there is a word for it. However, any idea that stays put is not really a goal. A goal which only exists inside your mind is nothing more than a hopeful idea waiting for the floor to drop out.

To counter this trend, finding a way to literally see your goal on a regular basis is advisable. In fact, true goals are those which make their way into reality in more ways than one.

“Writing down the things I want to achieve has done wonders for my actual completion rate,” said Cesar Cruz, Co-Founder of Sebastian Cruz Couture. “If I don’t write down what I want to achieve, I generally end up down a rabbit hole of unproductivity.”

That being said, there is more than one way to make your goals visible. Some people choose to get a little more specific and leave themselves reminders on their phones. Others like to keep a detailed journal of daily tasks in order to build towards a big-picture goal. The truth is, whatever you choose to do, it needs to be something you will be engaged with and receptive to. Otherwise, writing down your goal is nothing more than a waste of your time.

“Find what works for your goal chasing efforts and stick to it,” said Eric Elggren, Co-Founder of Andar. “Whatever method gets your goals in front of your eyes regularly will get you going in the right direction.”

Having goals of any kind is respectable to say the least. If they have not been a staple in your life until now, you may not be aware of the social perception of highly-driven people – many people hold these goal-chasers in high regard. This sounds like a fantastic upside. And it is. But you must consider the downside to this perception as well. Should you fail to achieve your goals once they have been made public, people in your life may view you differently. Of course, this is only one of the possible ramifications of falling short of your goals. Across the board, you can see more than enough reasons to ensure you do not come up empty handed. Considering this as you select and move towards your goals is necessary to realize.

“Goals are one thing. Realistic goals are another thing altogether,” said Dan Potter, Head of Digital at CRAFTD London. “I’ve seen too many people set out to achieve great things but all they managed to do was bite off more than they can chew so to speak.”

Practically speaking, this looks like nothing more than being level-headed both in your preparation and actions intended to help you achieve your goals. Without a goal in mind that you can actually achieve, all you will be left with is frustration and disappointment. So you want to retire early? Well, what does your debt look like and how old are you? The answers to these questions are different for nearly everyone. Which means that achieving that early retirement is a little more realistic for some than others.

“To become someone who is a real and true goal achiever you must first have a clear understanding of your current life circumstances,” said Karim Hachem, VP of eCommerce at Maxine of Hollywood. “This is not to put a damper on your dreams, but some short term goals to put you in a better position to achieve your long term ones may be the best step forward.”

Speaking of taking steps forward, that is what it takes to make goals happen, right? You want something new, exciting, or rewarding some place in your life. You cannot snap your fingers and make it appear. You must continue to push forward constantly to make this kind of progress in any area of life. Without doing so, complacency and stagnancy will soon become your best friend. Obviously, this is the outcome you would much rather avoid. Seeing as this is the case, keeping track of all what you have done and need to do is vital.

“If you can’t measure the progress you’re making in relation to your goals, there is a good chance they will never come to fruition,” said Rachel Reid, CEO of Subtl Beauty. “Not only does this practice keep your eyes on the prize, it can give you a sense of accomplishment as you check things off the to do list.”

The idea of a to-do list might be exactly what you need to get started on the right path. It could take some time to design, but think through all you need to do to make your goal a reality. Maybe it’s nothing more than being consistent in a certain daily activity. Though it is possible your goal is far more reaching and there could be a laundry list of items to work through before a large goal can be completed. Either way, once you have a tangible list in place, just do the next thing.

“A personal goal is not going out to the grocery store and buying a bag of flour,” said Sumeer Kaur, CEO of Lashkaraa. “A goal would be to host a party and prepare food to make that happen. The flour is only a means to an end. This is an example of how you should approach your own goals – do the little things so the big things are possible.”

Personal motivation or reasons aside, people hungry for a goal can often get tunnel vision. Without knowing it, other responsibilities, relationships, or even aspects of the attempt to achieve the goal itself can fall by the wayside. This is as potentially harmful as it sounds. People have literally lost everything they have in an effort to achieve their goals. Do not misunderstand this, though. Goals are wonderful endeavors as they can bring about great change in so many areas. But are they worth risking the other good things in your life? Hardly. But keeping this in your mind’s eye is easier said than done.

“Going headlong after something you desire greatly is maybe one of the more impressive things humans do,” said Dan Gray, General Manager at Kotn Supply. “It really shows what we are capable of. But sometimes, we can get a little too hyper-focused on what we desire and that hurts people or causes neglect elsewhere.”

In recent years, the trend of mindfulness has taken much of society by storm. For good reason – it has been shown to provide more than one advantage to those who are intentional about it. For one, it has given these people the chance to slow down and enjoy the little things. And two, it has given them a broader perspective on how to process the world as a whole which has only allowed them to achieve more.

“Narrow minded people will always be stuck in the thought patterns of their own creation,” said Vincent R. Chan, Chief Financial Officer at Christina. “But there is not much in our world that came from this line of thinking. The greatest achievers of our time allow for balance in their personal activity and thought life because it makes them better at what they do.”

From top to bottom, there is more that goes into setting and achieving goals than what meets the eye. The points we have covered up to this point are evidence of this. However, there is even more to consider. Like it or not, there will be challenges you must overcome along the way to your desired goals. Some of these will appear out of left field and there is nothing you can do to stop them. Others are a bit more prominent in nature and it’s wise of you to plan for these.

“Trying to accomplish something without knowing what you’re getting into is just a recipe for failure,” said Christian Kjaer, CEO of ElleVet Sciences. “Chances are, someone somewhere has already accomplished whatever it is you desire. It might behoove you to observe what they did and prepare yourself to face those hurdles.”

The key in this is to approach goal planning like a cross country roadtrip. No matter how hard you try, you’re not making it from one end of the country to the other in a day. You have to plan out stops along the way so as to maintain progress as well as know exactly where you’re headed and what awaits you there.

“Stumbling into success is great and all but it really only happens to a select few,”  said Adelle Archer, CEO and Co-Founder of Eterneva. “Any kind of success is generated by great planning so if you want something that seems unattainable, take the time to craft a way to make it happen instead of waiting around.”

The long and the short of all this is that setting and achieving goals is difficult. But, you will also be a better person for doing so. Author and businessman Seth Godin phrased it as such, “The thing about goals is that living without them is a lot more fun, in the short run. It seems to me, though, that the people who get things done, who lead, who grow and who make an impact… those people have goals.” 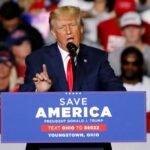 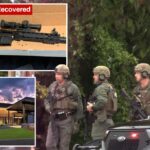