Viral internet sensations. 1000-Lb. Sisters stars Amy Halterman (née Slaton) and Tammy Slaton got their big break when their series debuted on TLC in January 2020, but the sisters already had a large following on social media after one of their YouTube videos went viral.

A November 2014 video of the siblings doing the “Chubby Bunny” challenge racked in more than two million views and launched Amy and Tammy to micro-influencer level social media stars. The challenge consisted of the Kentucky natives filling their mouths with as many marshmallows as they could each fit and saying the phrase “chubby bunny.” Ultimately, Tammy was victorious with a whopping 29 marshmallows to Amy’s 21.

Keep reading to find out how you can follow Amy and Tammy’s journey on social media.

Amy still runs the pair’s YouTube channel, though now she focuses on videos of her two sons and her hobby of making resin art.

While Tammy now only makes rare appearances on her sister’s YouTube channel, she gives fans a glimpse into her life through her own social media profiles.

Similar to her sister, Tammy’s social media accounts remain unverified, however the elder Slaton sister often shares selfie photos and videos from inside the rehab center she resides, proving her identity to followers.

In response to one fan questioning why Tammy rarely gives updates on her health or relationship with new husband Caleb Willingham, she took to social media to clear the air.

“I really wish I could talk about all this stuff that’s going on with my weight and my hair and my clothes, my marriage,” Tammy said in a January 2023 TikTok video. “But [I’m] still under contract.”

In addition to the Slaton sisters, their brother, Chris Combs, decided to join them on their weight loss journey.

“I’m really hoping I’ve lost enough weight to get skin removal surgery,” he said during the season 4 trailer after fitting into one leg of his old pants. 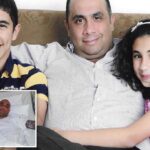 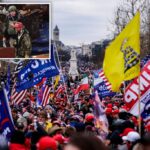