Taylor Swift began her music career with romantic country ballads, such as “Love Story” and “Tim McGraw,” but her switch to pop music led to her monumental net worth. Keep reading to learn about her fortune.

What Is Taylor Swift’s Net Worth?

Once Taylor established herself as a pop singer, she reached her staggering net worth of $400 million, per Celebrity Net Worth. The singer started writing music in her early teens, working her way up the industry’s ladder to fame. However, the money she makes is also due to various endorsement deals, concert tours and even participation in the movie business. Keep reading to see how Taylor Swift makes her money.

When Did Taylor Swift Become Famous?

After releasing Fearless in 2008, Taylor’s second album reached number one on the Billboard charts in the U.S., New Zealand and Canada. This album — along with her first album, simply titled Taylor Swift — was certified platinum multiple times after the initial release.

By 2010, the “Should’ve Said No” artist explored more pop sound when she released her third album Speak Now followed by 2014’s Red. She announced a formal transition to pop with 2014’s 1989. Reeling from the criticism that came with fame, Taylor introduced more rebellious music in her album Reputation in 2017, which had a financially successful stadium tour grossing over $200 million, and returned to a sweeter sound with 2019’s Lover.

From 2009 through 2018, Taylor embarked on five concert tours, which overall received over $900 million.

When the artist came out with her 2020 album “Folklore,” she was named “Artist of the Decade” at the American Music Awards.

In 2021, the songstress started rereleasing new recordings of her old albums. Fearless (Taylor’s Version) was released that April followed by Red (Taylor’s Version) in November. Many radio stations across the country have replaced her old versions, owned by her former label Big Machine Records, with Swift’s new and improved versions.

What Movies Has Taylor Swift Acted In?

After reaching worldwide fame, the “I Knew You Were Trouble” singer acted in various films and television shows, starting with singing her single “Crazier” in Hannah Montana: The Movie in 2009.

A year later, she appeared in the romantic comedy Valentine’s Day alongside an all-star cast. The movie received negative reviews, but was a box office success, reaching over $200 million on a global scale.

She also starred in the role of Rosemary in the dystopian novel-based film The Giver in 2014, and was praised for her role in the otherwise poorly received musical adaptation of Cats.

The “You Belong With Me” musician also appeared on TV in CSI: Crime Scene Investigation.

In addition to acting, Taylor will also make her feature directorial debut, as she wrote an original script for Searchlight Pictures, per Variety.

Does Taylor Swift Own a Company?

The “Love Story” artist received endorsement deals with companies across various industries, including cosmetics and technology.

Taylor has appeared in advertisements for CoverGirl and partnered with Verizon Wireless, AT&T, Sony Electronics, Diet Coke, Target and AirAsia. 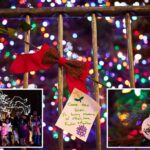 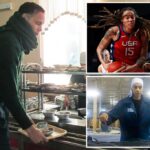 Brittney Griner chopped her dreads because they froze after showers