Cashing in! Dwayne “The Rock” Johnson’s rise to fame as a professional wrestler led him to a successful career in the entertainment industry. Keep reading to find out everything about Dwayne Johnson’s net worth, how he makes his money and more.

What Is Dwayne Johnson’s Net Worth?

The Black Adam actor is worth an estimated $800 million, according to Celebrity Net Worth.

Dwayne Johnson Was a Professional Wrestler

Dwayne quickly gained notoriety after he made his World Wrestling Federation (WWF) debut in 1996 as Rocky Maivia. Eventually, he became known as The Rock, a moniker that has stuck with him to this day. He retired from wrestling in 2004 to pursue an acting career.

What Movies Has Dwayne Johnson Starred In?

Dwayne actually got his start in Hollywood while he was still a professional wrestler, having appeared in The Mummy Returns, The Scorpion King, The Rundown and Walking Tall before his WWF retirement.

Some of his other early notable films include Gridiron Gang, The Game Plan, Get Smart, Race to Witch Mountain, Tooth Fairy and The Other Guys. In 2011, Dwayne made his debut in the Fast & Furious franchise, starring in the Fast Five alongside Vin Diesel, the late Paul Walker, Jordana Brewster, Tyrese Gibson and more.

The Rock also has a few starring television roles under his belt, including Ballers and Young Rock.

How Much Money Does Dwayne Johnson Make Per Movie?

The former wrestler reportedly made over $5 million to star in The Scorpion King in 2001, according to Celebrity Net Worth. He also earned an estimated $12.5 million for The Rundown, $15 million for Walking Tall, and $20 million for 2019’s Fast & Furious Presents: Hobbes & Shaw. The outlet also reports that The Rock makes up to $4 million to promote his own films.

Dwayne Johnson Is One of the Highest-Paid Actors

Dwayne continuously tops Forbes’ list of highest-paid actors, noting that he can “command” more than $20 million per movie. The outlet reported that he raked in a cool $270 million in earnings as of February 2022.

How Else Does Dwayne Johnson Make Money?

In addition to his movies and TV shows, The Rock is involved in a number of businesses that contribute to his impressive net worth, including the tequila company he founded, Teremana Tequila, as well as Seven Bucks Productions, which he founded with his ex-wife, Dany Garcia. 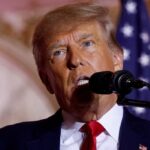 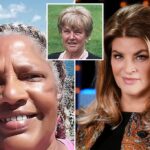