Hard working mom. Teen Mom OG alum Farrah Abraham has made a name for herself since leaving the long-running MTV reality series. While some would call her controversial, Farrah remains focused on “goal getting,” as she states in her Instagram bio, and her shocking net worth proves it. Farrah is worth an estimated $1 million, according to Celebrity Net Worth. Keep scrolling to find out how the single mom makes her money.

The Nebraska native was first introduced to MTV fans during season 1 of 16 & Pregnant in 2008. The then-17-year-old was pregnant with daughter Sophia Laurent at the time and navigating the death of Sophia’s father, Derek Underwood, in a tragic car accident.

Farrah was later cast in the spinoff series Teen Mom, alongside costars Maci McKinney (née Bookout), Catelynn Baltierra (née Lowell) and Amber Portwood. The show ran for 9 seasons and was rebranded to Teen Mom OG before merging with its sister show, Teen Mom 2, to create Teen Mom: The Next Chapter in 2022. However, Farrah was fired from the show in 2017 and later replaced with Bristol Palin and Cheyenne Floyd.

That didn’t stop the young mom, however, as she went on to appear on shows such as Celebrity Big Brother, Couples Therapy, Marriage Boot Camp: Reality Stars Family Edition and Ex on the Beach.

Farrah Abraham Is an Entrepreneur

Following her stint on Teen Mom OG, Farrah dabbled in many different business ventures from singer to author to adult entertainment star to small business owner.

In 2012, Farrah released a debut studio album followed by a memoir, both titled My Teenage Dream Ended. While the record was not well-received, her book landed on The New York Times bestseller list.

Farrah entered the adult film industry with the release of her self-filmed sex tape, Farrah Superstar: Backdoor Teen Mom, in 2013. While her involvement in the industry ultimately caused her to be fired from MTV, Farrah reportedly sold her tape to Vivid Entertainment for nearly $1 million, according to TMZ. She later capitalized on the success and launched a line of adult toys.

Her businesses aren’t all R-rated, however. Farrah has started multiple family-friendly business ventures through the years. While none of her brick-and-mortar shops are currently operating, her previous experience includes a frozen yogurt shop, a children’s boutique and a furniture store, all located in Austin, Texas.

Farrah Abraham Is an Influencer

While Farrah brings in the big bucks for sponsored Instagram posts, she also makes money from subscription platforms. She currently charges fans $4.99 to subscribe to her OnlyFans account and $50 for a personalized message via Cameo. She’s also gearing up for an upcoming comedy tour and is studying to become a lawyer. 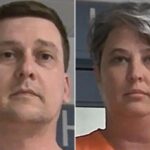 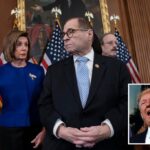