Runway takeover!  Kendall Jenner was dubbed the highest-paid model in the world by Forbes in 2018, and she’s still raking in a whole lot of money. Besides strutting down the runway and her reality TV gig, the Kardashians star has a lot of business ventures that factor into her net worth. Keep scrolling to find out Kendall Jenner’s net worth, how she makes her money and more.

What Is Kendall Jenner’s Net Worth?

Kenny is worth an estimated $45 million, according to Celebrity Net Worth.

How Much Does Kendall Jenner Make Modeling?

When Forbes reported the list of highest-paid models in 2018, the publication estimated that Kendall earned about $22.5 million from her modeling gigs in a one-year period. Over the years, she’s walked the runway and posed for ad campaigns for brands like Balmain, Marc Jacobs, Givenchy, Karl Lagerfeld, Calvin Klein, Victoria’s Secret and more. In 2016, she even scored the front page of the coveted Vogue September Issue.

“I’m really lucky,” she said during a 2017 interview on The Ellen DeGeneres Show about her modeling career. “It’s something that was super important to me to, kind of, separate myself [from my family] and have my own career, and do something solo.”

Though she’s one of the most successful models of her generation, Kendall opened up about how being on a reality show made it more difficult for her to find gigs in the early stages of her career.

“I went to every single casting and ran all over not only New York City but all over Europe trying to get a job and make my way,” she told host Andy Cohen during part two of the Keeping Up With the Kardashians reunion in June 2021. “Of course I had a platform, and I never took that for granted. I always knew that that was there, but that almost made my job a little bit harder. Only because people probably didn’t want to hire me because I was on a reality TV show.”

It’s no secret Kendall’s been on TV since she was a tween, as KUWTK first premiered in 2007. While she didn’t appear as frequently as some of her other sisters did on the original E! series, she still made a pretty penny doing so!

In September 2020, Stylecaster broke down how much each Kar-Jenner sister makes per episode and reported that Kendall rakes in about $4.5 million for each installment. Kris Jenner explained in 2017 while on The Ellen DeGeneres Show that “everybody gets paid pretty much equally.”

Kendall and Kyle Jenner Have a Fashion Line

Along with her sister Kylie Jenner, the brunette beauty launched the Kendall + Kylie clothing line in 2015. Since its inception, the brand has been sold in department stores like Nordstrom, Saks Fifth Avenue and Bloomingdale’s, among others, and created capsule collections with various retailers.

“Our names are on the label, and we strive to constantly create and design styles that we ourselves want to wear and pair with statement pieces and vintage from our own closets,” Kendall told WWD in 2017 about the brand. “We have been very consistent with our vision of creating wearable and fun everyday classics.”

How Much Money Does Kendall Jenner Make Doing Instagram Posts?

Kendall announced her 818 Tequila brand — which she said had been in the making for nearly four years — with an Instagram post in February 2021. The model revealed that her alcoholic beverage has already won multiple awards. “I’ve been on a journey to create the best tasting tequila,” she wrote on social media. “After dozens of blind taste tests, trips to our distillery, entering into world tasting competitions anonymously and WINNING … 3.5 years later, I think we’ve done it!” 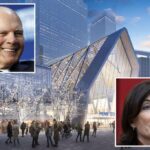 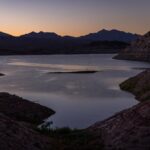