Late Migos rapper Takeoff is leaving behind an impressive net worth. Keep scrolling to find out how the “Stir Fry” artist made money, how much money he had and more.

What Was Takeoff’s Net Worth?

Takeoff – whose real name was Kirshnik Khari Ball – had a net worth of $26 million, according to Celebrity Net Worth.

How Did Takeoff Make Money?

Takeoff was best known as a member of the rap group Migos alongside his uncle Quavo and first cousin once removed Offset.

After forming in 2008 under the name Polo Club, the group eventually changed their name to Migos and released their first full-length project, a mixtape called Juug Season, in August 2011.

Their debut studio album, Yung Rich Nation, was released in July 2015, which featured collaborations with Chris Brown and Young Thug. Migos went on to release the albums Culture in January 2017, Culture II in January 2018 and Culture III in June 2021.

They found success with their singles including “Versace,” “Fight Night,” “Look At My Dab,” “Bad and Boujee,” “MotorSport,” “Stir Fry” and “Walk It Talk It.”

In addition to releasing music with Migos, the Georgia native also worked as a solo musician. He released his debut solo album, The Last Rocket, in November 2018.

How Did Takeoff Die?

The rapper was fatally shot at a bowling alley in Houston, Texas, multiple outlets confirmed on November 1. He was 28 years old at the time of his death.

He was killed while attending a private party at 810 Billiards and Bowling in downtown Houston, TMZ reported.

Quavo was also at the party with his late nephew. According to photos published by the outlet, Quavo was seen kneeling by someone following the incident.

Houston police confirmed that one victim was found dead with a gunshot wound to his head or neck. Once police arrived, two other victims were taken in private vehicles to hospitals. The event was attended by 40 to 50 people, while the shooting took place around 2:40 a.m. 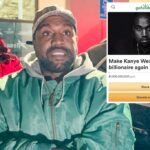 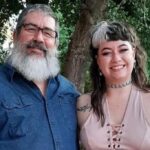