Blink-182 turned the world upside when Travis Barker, Mark Hoppus and Tom DeLonge announced they would be reuniting for the first time since 2015 for their upcoming 2023/2024 world tour. While the band has had a few member shake-ups over the decades — Alkaline Trio guitarist Matt Skiba famously stepped in for Tom after he left the group — the pop punk trio fans have come to know and love are finally back together. Naturally, fans have been wondering how the musicians have made their money over the years — especially when they weren’t touring or making new music. Keep scrolling to find out everything to know about Blink-182’s net worth.

The drummer and DTA Records founder is worth around $50 million, according to Celebrity Net Worth.

How Does Travis Barker Make Money?

While Travis is most well-known for being a musician and playing the drums in Blink-182, he’s also had a slew of other projects that have generated income for him over the years.

He also wrote a memoir, Can I Say: Living Large, Cheating Death, and Drums, Drums, Drums in 2016.

Additionally, the musician starred in the MTV reality show Meet the Barkers, which aired from 2005-2006. The series followed Travis and ex-wife Shanna Moakler as they navigated their lives while raising their two children, Landon Barker and Alabama Barker. Shanna’s daughter, Atiana De La Hoya, whom she shares with ex Oscar De La Hoya, also appeared on the show.

Travis also appeared on a few episodes of Keeping Up With the Kardashians before he and now-wife Kourtney Kardashian started dating, as he and the Poosh founder had been friends and neighbors for years.

After the pair got together, Travis began appearing regularly on Hulu’s The Kardashians, with his romantic beach proposal to Kourtney being featured as one of the show’s plot lines during season 1.

Mark – who has served as the bassist and co-lead vocalist for the band since they were founded in 1992 with original members Tom DeLonge and Scott Raynor – is worth around $80 million, per Celebrity Net Worth.

How Does Mark Hoppus Make Money?

While Mark has long been recognized because of his work with Blink-182, he’s also been involved in numerous musical projects aside from the pop punk band. Not only is he an accomplished producer, he also founded the band Simple Creatures with All Time Low singer and guitarist Alex Gaskarth.

Mark has also dabbled in the fashion industry, having founded Atticus Clothing alongside Tom and their childhood friend, Dylan Anderson, in 2001. The bassist launched another clothing company, hi my name is mark, in 2012.

Mark also hosted his own show, A Different Spin With Mark Hoppus, which premiered on Fuse in 2010. Amy Schumer served as co-host for a number of episodes, and the show welcomed some of music’s biggest names as guests, including Bruno Mars, Foo Fighters, My Chemical Romance, Kid Cudi, Ozzy Osbourne and more.

Tom – who is best-known for singing and playing guitar in Blink-182 – has a net worth of $70 million, according to Celebrity Net Worth.

How Does Tom DeLonge Make Money?

The musician has been a part of a handful of musical projects over the decades aside from Blink-182, including Box Car Racer with Travis and Angels & Airwaves, which he founded. He also released a solo album, To the Stars…Demos, Odds and Ends in 2015.

Tom also co-founded Atticus Clothing with Mark in 2005, and founded Modlife, a software program that aimed to connect fans and musicians with a focus on monetization for artists, in 2007. He also founded To The Stars, Inc., “an award-winning vertically-integrated entertainment company that creates original content informed by our experiences working with prestigious government agencies and academic institutions; told across film, television, publishing and merchandise with the goal of turning the world onto new ideas and possibilities” in 2015.

Additionally, Tom is a best-selling author, having written the Sekret Machines series, Strange Times: The Ghost in the Girl, the Poet Anderson series and the children’s book, The Lonely Astronaut on Christmas Eve. 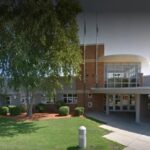 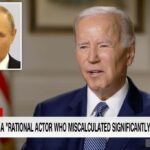 Biden calls Putin ‘rational actor’ who has been ‘irrational’