Don’t Be Tardy star Kim Zolciak-Biermann has been making a hefty amount of money since she landed her first reality television gig on The Real Housewives of Atlanta. Her net worth stands at an impressive amount despite the fact that her Georgia house is facing foreclosure due to a failure to pay back a loan, In Touch confirmed.

Keep reading to learn how Kim makes all her money!

What Is Kim Zolciak-Biermann’s Net Worth?

Kim has a net worth of $3 million, according to Celebrity Net Worth.

How Does Kim Zolciak-Biermann Make Her Money?

Before she landed her spinoff show Don’t Be Tardy (previously titled Don’t Be Tardy for the Wedding), Kim starred in RHOA from 2008 to 2012. Since she has been a Bravolebrity for quite some time, the Florida native’s salary is primarily thanks to her successful reality TV career.

Although she left RHOA in season 5, Kim returned as a recurring cast member in season 10.

Aside from her Bravo lifestyle, the former Connecticut resident has explored other business ventures, including music. She released her country music song “Tardy for the Party” in 2008, followed by her other singles “Google Me” and Ring Didn’t Mean a Thing.”

In 2016, Kim founded her beauty and lifestyle company, Kashmere Kollections. Later that year, she released her Kashmere perfume brand.

What Happened to Kim Zolciak-Biermann’s Mansion?

Kim and her husband, retired NFL player Kroy Evan Biermann, have to move out of their Alpharetta, Georgia, mansion due to foreclosure, In Touch confirmed in October 2022.

After the family’s series was canceled in May 2021, the spouses failed to repay a loan of $300,00. Therefore, the nearly 7,000-square-foot Fulton County property will be auctioned off “on the first Tuesday in November 2022” to the highest bidder, per the notice of sale under power viewed by In Touch.

The house was foreclosed “because of, among other possible events of default, failure to pay the indebtedness.”

Previously, Kim gave fans a glimpse at her luxurious house after she and Kroy purchased it in 2012. The country music artist shared a tour of the five-bedroom property, which features a basketball court, an elevator and a movie theater, Kim’s favorite part of the house.

“This is my favorite room in the whole house. It’s called the ‘Hollywood Room,’ and this is actually my girls’ TV room where they hang out with their friends,” the mother of six said at the time. “I did f—king good up here. Proud of myself,”

Kim shares kids KJ, Kash and twins Kane and Kaia with husband Kroy and her eldest daughters, Brielle and Ariana, from a previous relationship. 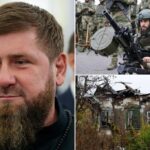 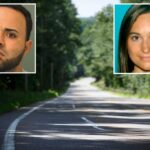