Raking it in! Real Housewives of Atlanta alum Cynthia Bailey’s net worth is quite impressive, but it may be affected by her split from estranged husband Mike Hill. Keep reading to see how the Bravo star makes money, her job and more!

What Is Cynthia Bailey’s Net Worth?

The Alabama native’s net worth is estimated to be about $2.5 million, according to multiple outlets.

What Does Cynthia Bailey Do After ‘RHOA’?

Cynthia works as an entrepreneur and is CEO of her own modeling agency, The Bailey Agency, after having a long career in the industry. When she was 18, she moved to New York City to pursue her dream, where she landed a five-year contract with Wilhelmina Models.

While she still models for her various product partnerships with brands like Seagram’s Escapes and Nila Bags, the reality star has turned her focus to acting since leaving RHOA.

The reality star joked that she’s had many phases during her career and she’s looking forward to retiring.

What Is Cynthia Bailey’s Job?

That being said, the Last Call actress is giving it her all and gushed that “the sky’s the limit” when it comes to her acting career.

“The goal is to keep growing, to keep learning and to get bigger roles. And then I want to get roles that are more outside of my wheelhouse. Like, I want to play a serial killer, damn it!” she continued. “I want to go dark. I want to play a kingpin drug dealer or something. I want to do something that you guys have not seen me [do].”

Cynthia wants to hone her chops to the point where she can “evolve” into a character so deeply that even her biggest fans “don’t see Cynthia Bailey anymore.” 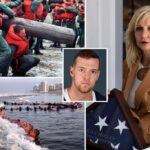 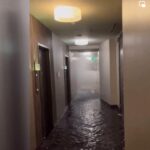