Country legend. Loretta Lynn worked hard to become a respected singer-songwriter in the country music world. Keep reading to find out her net worth, how she made money and more.

What Was Loretta Lynn’s Net Worth?

Loretta has a net worth of $65 million, according to Celebrity Net Worth.

How Did Loretta Lynn Make Money?

Born Loretta Webb, the Kentucky native got her start in the music industry when she moved to Washington with her husband, Oliver Vanetta “Doolittle” Lynn, as a teenager.

She was inspired by the early days of their marriage and began writing songs about the relationship. Loretta performed as part of the band Loretta and the Trailblazers at local venues before she released her first single, “I’m a Honky Tonk Girl,” in March 1960.

As the years continued, the musician became more involved in the country music scene in Nashville. In 1967, she earned her first of 16 No. 1 hits with “Don’t Come Home A-Drinkin’ (With Lovin’ on Your Mind).” Loretta went on to release hits including “You Ain’t Woman Enough (To Take My Man)”, “Fist City”, and “Coal Miner’s Daughter.” 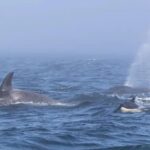 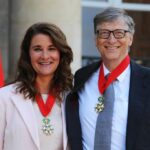