That’s a lot of pumpkins! Little People, Big World star Zach Roloff has amassed an impressive net worth after 24 seasons on the TLC show. What is his job now and how does he make money? Keep reading to find out!

Zach is estimated to be worth around $700,000, according to Celebrity Net Worth.

How Does Zach Roloff Make Money?

The dad of two seemingly makes the bulk of his wealth from his family’s reality show and is reportedly paid around $7,000 per episode.

LPBW first premiered in March 2006 and followed Matt Roloff and Amy Roloff, who are both little people, and their life on their Oregon farm with their four kids, fraternal twins Zach and Jeremy Roloff, daughter Molly Roloff and son Jacob Roloff.

Matt has diastrophic dysplasia, while Zach and his mother both have achondroplasia. The rest of the couple’s children are of average height.

After more than a decade, Zach is the last of his siblings who still regularly appears on the reality show. He and his wife, Tori Roloff, document their busy lives with son Jackson, daughter Lilah and newborn son Josiah Luke.

Josiah Luke was born via C-section on April 30, 2022.  “I’ve gotten a lot of messages about how quickly I’ve bounced back,” Tori shared just a week after giving birth. “I’m all about keeping it real. You see the best moments on Instagram. You see when we’re feeling our best.”

While his primary job appears to be as a television personality, prior to Zach’s rift with father over buying Roloff Farms that began in season 22,  Zach previously made money as one of the tour guides for the farm’s Golden Pass Private Tours, which cost $350 per ticket. Tori also brings in her own income as a photographer, star on LPBW and social media influencer.

Do Zach and Tori Plan on Leaving ‘LPBW’?

The couple first sparked rumors they were leaving the reality show when they announced they had moved from their Portland home to Washington in October 2021. Tori assured fans they would remain on the show despite their location change.

“Are you guys still gonna be on the show??” a follower asked via Instagram to which Tori replied, “Yes!”

The mom of two also shared an additional update. “Still filming!” she wrote. “Can’t wait to share all the madness with everyone!”

However, it seems a year later and amid major family drama that Zach and Tori are seemingly considering an exit from the long-running series.

When participating in another Instagram Q&A with fans in November 2022, one person asked Tori if she and Zach “will ever step away from filming” the TLC show. She confidently responded, “Yes,” leaving no other clues. 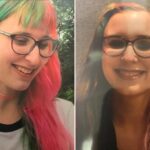 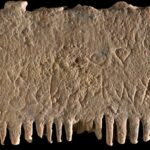