Show her the money! 90 Day Fiancé star Darcey Silva has made quite a living for herself, and she’s not done yet. Prior to her reality show appearances, the TLC personality had her own successful fashion line shared with her sister Stacey Silva, which they have expanded upon together as she continues to build her professional empire. Find out her net worth, how she makes money and more.

What Is Darcey Silva’s Net Worth?

Darcey’s net worth is estimated to be around $2 million as of 2022, according to Your Tango.

How Does Darcey Silva Make Money?

The reality star first made her TLC debut on the series 90 Day Fiancé: Before the 90 Days in 2017, during which she was in a relationship with now-ex Jesse Meester.

Since then, the twin sisters scored their own series on the network titled Darcey & Stacey, which premiered in August 2020 and consists of three seasons.

Darcey reportedly makes around $15,000 in total per season of 90 Day Fiancé and roughly $2,500 when she appears on reunions.

Does She Have a Job Outside of TV?

Darcey seemingly makes a substantial amount of cash from her boutique clothing line, House of Eleven.

The brand sells loungewear, active wear, bodysuits, robes, dresses, jackets, swimwear, jewelry, fragrances and more. Plus, other celebs have shown their support for the collection by modeling some of the clothing while out and about. Demi Lovato wore House of Eleven for the cover of her single “Really Don’t Care,” and former The Real host Jeannie Mai as well as rapper Nicki Minaj and actress Jessica Alba have also rocked the garments.

Who Is Darcey Silva Dating Now?

Darcey showed the peaks and pitfalls in both relationships with exes Jesse and Tom Brooks on previous seasons of 90 Day Fiancé: Before The 90 Days. She introduced her latest love interest, Georgi Rusev, on season 1 of her spinoff.

Georgi popped the question to Darcey in June 2020, and she gushed over his romantic proposal that October. “I haven’t been able to really celebrate it yet with everybody. I want to be able to shout it to the world,” she told People about their bond. “It was definitely a total surprise for me. Georgi and I have a very deep connection, and I feel like at that moment I was not expecting it at all.”

Find out In Touch’s spoiler on whether Darcey and Georgi are still together, here. 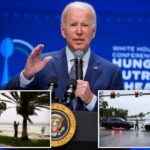