We’re not done counting — yet! When we first met the Duggar family back in the mid-2000s on an early version of 19 Kids and Counting, we didn’t have nearly as many members of the family to keep up with. These days, Jim Bob and Michelle Duggar’s family has grown as their adult kids get married and welcome children of their own.

So, how many Duggars are married or courting at the moment? As of 2022, 11 of the Duggars’ 19 children have walked down the aisle. After Justin Duggar married Claire Spivey in March 2021, Jedidiah Duggar and Katelyn Nakatsu tied the knot just months later in April. The most recent Duggar wedding was between Jeremiah Duggar and Hannah Wissmann in March 2022.

Meanwhile, none of the Duggar kids currently seem to be courting.

That’s not to say all of the adult Duggar siblings are married. Jana Duggar, the oldest daughter in the reality TV family, has happily remained single over the years. She opened up about how tiring it can be to get asked repeatedly about her love life during an episode of Counting On in September 2020.

“I feel like these days, probably one of the most common questions is, ‘Am I in a relationship?”’ she said on the show. “Sometimes it gets a little old. I’m like ‘No, I’m not, no I don’t have anyone.’ And usually, I’m just like ‘OK, I’ll just answer it and go on and that’s it.’ Sometimes it can get a little like, ‘What, that’s not the only thing in the world to talk about.’”

However, Jana sparked romance rumors with Nebraska pilot Stephen Wissmann in March 2021 after photos began circulating that showed the two had seemingly celebrated Christmas together. Unfortunately, it looks like they weren’t meant to be and their romance fizzled out by that September.

When it comes to courting, the Duggars take it very seriously. Jim Bob’s daughters revealed during a 2016 episode of Counting On that their dad made potential suitors fill out a 30 to 50-page questionnaire before they were allowed to begin courting.

“I think that questionnaire is pretty thorough,” Jessa Seewald (née Duggar) said at the time while sister Jill Dillard (née Duggar) added, “He is not kidding.”

Keep scrolling to find out which Duggars are currently married. 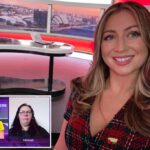 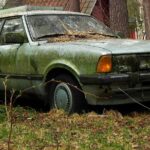