An entrepreneur! 90 Day Fiancé star Charlie Potthast has been keeping busy ever since his hiatus from filming the TLC show. The Florida native was estranged from his family for most of 90 Day Fiancé: Happily Ever? season 7, but he and his wife, Megan Potthast, returned on the Sunday, September 25 episode. They shared an update with fans about what they’ve been up to, which included a lucrative new job that they can do together. Keep scrolling below to find out more about Charlie’s job and how he makes a living!

When they made their 90 Day Fiancé: Happily Ever? season 7 debut, Charlie and Megan filmed a scene while taking sexy photos for their OnlyFans accounts. “Fold your legs back,” Charlie directed his wife as she posed on their bed while he took photos of her on his iPhone. “Damn, that’s hot.”

“Does my butt look good, too?” Megan asked her hubby as she gave a seductive look over her shoulder with her back to the camera. Charlie responded, “Real hot.”

“It was kinda my idea to start doing feet pictures, because I’m like, you know, you have really sexy feet,” Charlie said during his joint confessional with his wife. “A lot of people like that. You can sell those.”

“If I can work from home and do this on the side, I can be …” Megan said, trailing off. “It takes two seconds to take a picture,” Charlie explained.

Megan added that she invests in pedicures every couple weeks for her feet pictures. “I think it’s hot, I fully support her,” Charlie said.

“Honestly, I make more money doing this than I ever made working with your family. It’s crazy,” Megan concluded.

In addition to the feet pictures, Megan and Charlie each have their own OnlyFans accounts. While the platform is mainly a content creation site, most of its users use it as an outlet for adult photos and videos. Charlie charges $10.99 for his monthly subscription while Megan charges $14.99 for her monthly subscription.

How Else Does ’90 Day Fiance’ Charlie Potthast Make a Living?

Charlie’s main job is working for father Chuck Potthast‘s real estate business, CMP Capital Investments LLC. Charlie works as a registered agent for the family business. He and Megan also held the title as managers for the several buildings and listings the company owns and oversees. The business also makes money by buying and flipping homes in Florida.

The couple also makes money by filming scenes for the TLC series. 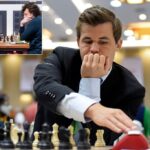 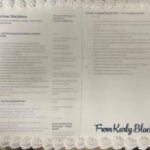