There’s a new man in the Abraham household. Teen Mom OG alum Farrah Abraham’s daughter Sophia Abraham is officially dating, but luckily for the teen, the reality star reveals she approves of the relationship in an exclusive video interview with In Touch.

“I talk about it in therapy,” Farrah, 31, jokingly tells In Touch exclusively. “He’s a good boy or I’ll make him that, either way,” the single mom says about her daughter’s boyfriend.

Sophia, 13, first revealed her significant other in an August TikTok video that showed the pair enjoying a day at Build-A-Bear, writing, “He got me a build a bear plushie.”

“There’s a few ups and downs definitely,” she said when asked if mom approves, adding that she and her beau met while attending “a songwriting camp from the Paramount Theater.”

“I think Sophia might be saying, like, she’s limited with her boyfriend,” the former MTV star chimed in. “They got, they got some good music every time they’re together though.”

While she ultimately approves of her daughter’s relationship and admits that “every day’s a new day” while raising a teenager, Farrah goes on to reveal that she’s “a little bit shocked that Sophia is dating before [she is].”

“That’s what I had to talk to my therapist about,” she says. “But anyways, I definitely have limits. Um, but I’m happy, I’m happy for Sophia dating them. That’s, uh, kosher right now.”

The My Teenage Dream Ended author is no stranger to mom-shamers as she recently came under fire for allowing Sophia to get a facial piercing for her 13th birthday, though she stands by her decision.

“Sophia did nothing wrong and I’m happy that Sophia has her nose piercing and she’s definitely taken over the internet with it. There’s been a lot of other 13-year-olds getting nose piercings,” Farrah tells In Touch.

“Some of Sophia’s friends were not lucky enough to have a mom to go with them and they did do their nose piercing at home and I was like, ‘Oh my gosh, that’s scary,” she continues. “If it’s not permanent and if it’s legal, I support it and I would be there. Sophia has her cousins getting nose piercing now. Like there’s just nose piercings everywhere,” adding that she’s “not open” to tattoos.

Farrah shares her only daughter with high school boyfriend Derek Underwood. Derek tragically died in a car accident when she was pregnant in December 2008. 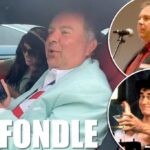 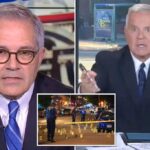