Counting on her money!  From her roles as a reality TV star to a businesswoman, Jinger Duggar has proven she’s a hard worker. Keep scrolling to find out her net worth, how she makes money and more.

What Is Jinger Duggar’s Net Worth?

Jinger’s net worth is $2 million, according to Celebrity Net Worth.

How Does Jinger Duggar Make Money?

Jinger’s first source of income was likely from her roles on several TLC reality shows alongside her famous family.

After Josh was arrested on child pornography charges in April 2021, the network announced they would no longer be making new episodes of the family’s show. “TLC will not be producing additional seasons of Counting On. TLC feels it is important to give the Duggar family the opportunity to address their situation privately,” they told Us Weekly in a statement in June.

The disgraced reality star was sentenced to serve approximately 12.5 years in prison on May 25. However, his release date was later changed to August 12, 2032, which is slightly more than 10 years, In Touch confirmed in July.

What Is Jinger Duggar’s Job?

Among her many job titles, Jinger is an author, podcaster and entrepreneur.

She co-authored a book with her sisters Jana Duggar, Jill Duggar and Jessa Duggar titled Growing Up Duggar: It’s All About Relationships, which was released in 2014.

Jinger later published her second book, The Hope We Hold: Finding Peace with the Promises of God, alongside her husband, Jeremy Vuolo, in May 2021.

The former reality star then published her first children’s book, You Can Shine So Bright!, with Jeremy and illustrator Naomi C. Robinson in August 2022.

On November 1, the mother of two took to Instagram to announce her partnership with Matchbox Coffee to launch her own coffee blend.

“I’ve wanted to do this for years and finally did,” she wrote alongside a video via Instagram that captured her crafting the coffee blend.

Additionally, she and Jeremy cohost “The Hope We Hold” podcast.

How Else Does Jinger Duggar Make Money?

Jim Bob and Michelle Duggar’s daughter also makes money by sharing sponsored posts on social media. Over the years, she has partnered with brands including Good Ranchers and Uber Eats to promote their products to her 1.4 million Instagram followers. 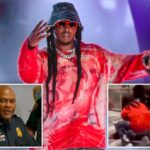 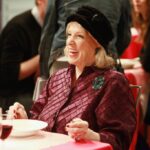