Nick Carter has earned an impressive income throughout his career as a member of the Backstreet Boys. Keep scrolling to find out his net worth, how he makes a living and more.

What Is Nick Carter’s Net Worth?

Carter has an estimated net worth of $35 million, according to Celebrity Net Worth.

How Does Nick Carter Make Money?

The Jamestown, New York, native is best known for his role as a member of the Backstreet Boys, which was formed in 1993. He was just 13 when he joined the band, which also includes AJ Mclean, Howie Dorough, Brian Littrell and Kevin Richardson.

The Backstreet Boys have headlined ten tours, including the DNA Tour which has dates scheduled for 2022 and 2023, as well as coheadlined the NKOTBSB Tour with New Kids on the Block from 2011-2012.

From 2017-2019, the band had a residency at Zappos Theater in the Planet Hollywood Resort & Casino in Las Vegas, Nevada.

Additionally, the “Just One Kiss” singer released the collaborative album, Nick & Knight, with Jordan Knight in 2014.

What Other Career Paths Has Nick Carter Pursued?

Carter has also pursued an acting career. Over the years, he made guest appearances on shows including American Dreams and 8 Simple Rules. He has also acted in films such as The Hollow (2004), This Is the End (2013) and Dead 7 (2016).

Carter is no stranger to reality TV and competed on Dancing With the Stars in 2017 and The Masked Singer in 2020.

In addition to competition reality shows, Carter starred alongside his siblings Angel Carter, Bobbie Jean Carter and their late siblings Aaron Carter and Leslie Carter in E!’s House of Carters in 2006.

According to court documents obtained by In Touch on December 8, Shannon Ruth accused Carter of sexual assault in 2001 when she was just 17. Ruth – who has cerebral palsy and autism – alleged that the musician gave her alcohol before forcing her to perform oral sex on him and then assaulting her afterward. She claimed that Carter threatened to turn others against her if she came forward with the allegations. In the docs, Ruth alleged that she contracted human papillomavirus (HPV) after the incident and suffered severe trauma and emotional distress.

Michael Holtz, Carter’s attorney, responded to Ruth’s allegations in a statement to In Touch on December 8, calling the claims “entirely untrue” and stating they are “legally meritless.”

“Unfortunately, for several years now, Ms. Ruth has been manipulated into making false allegations about Nick – and those allegations have changed repeatedly and materially over time,” Holtz stated. “There is nothing to this claim whatsoever, which we have no doubt the courts will quickly realize.”

Carter was previously accused of rape in November 2017 when former Dream band member Melissa Schuman came forward with her own allegations in a since-deleted personal blog post.

The “I Got You” singer was not charged after Schuman came forward. The California native reacted to the legal decision in a since-deleted blog post, stating that she and her family “were well aware of the likelihood that [her] case was not prosecutable due to the statute of limitations in California regarding rape, which was modified in 2016.”

“It gives me great solace to know that my testimony is fully documented, investigated and sealed for the future if needed by law enforcement,” Schuman continued in the post. “Speaking out was the best thing I could have ever done for myself, and I hope it inspires others to do the same if it feels right for them.” 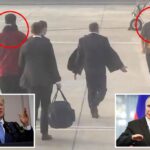 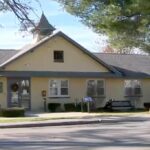