In one of the new Republican House majority’s first legislative moves on Monday, the body passed a bill rescinding $72 billion in spending on 87,000 new IRS agents.

House Resolution 23, or the Family and Small Business Taxpayer Protection Act, passed the lower chamber in a 221 to 210 vote along party lines.

House Speaker Kevin McCarthy (R-Calif.) announced during his first address as speaker early Saturday morning that the funding for new Internal Revenue Service agents provided under the Inflation Reduction Act enacted last year would be one of the first bills the new Congress takes up.

“This was our very first act of the new Congress, because government should work for you, not against you,” McCarthy wrote on Twitter. “Promises made. Promises kept.”

The legislation was sponsored by Rep. Adrian Smith (R-Neb.) and Rep. Michelle Steel (R-Calif.). It now heads to the Democratic-controlled Senate, where it does not appear to have the votes to pass.

The bill specifies that the IRS only spend new money on customer service and IT improvements, rather than hiring agents, auditors, and other staff members — whom Republicans claim will target low- and middle-class Americans rather than wealthy individuals and corporations.

Rep. Nancy Pelosi (D-Cali.), speaker emeritus of the House, called the vote on Monday “shameful, but not surprising.”

“It is shameful, but not surprising, that House Republicans’ first order of business in this Congress is to protect corporate America and ultra-wealthy individuals who are illegally avoiding taxes,” a statement issued by Pelosi after the vote read.

“Last summer, Democrats proudly enacted the Inflation Reduction Act: a strong step toward tax fairness that improved taxpayer services for families and bolstered resources to ensure the wealthiest few and greediest corporations will pay what they owe.  Now, Republicans want to rip away these resources, which will drive up the deficit and let wealthy tax cheats off the hook,” she added, deriding the new House majority as the “MAGA Majority in the House.”

Vice President Kamala Harris also ripped the GOP legislation in a statement on Monday, saying that “House Republicans are rushing to undo that progress and allow too many millionaires, billionaires, and corporations to cheat the system.”

The Biden administration argues that the bill would increase the deficit by nearly $115 billion over 10 years per an estimate by the Congressional Budget Office, citing an increase in tax fraud and avoidance. 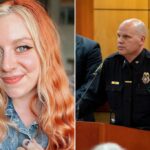 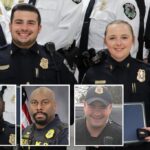