House GOP leaders say they are in contact with Elon Musk to testify before the House Oversight Committee as part of their broader probe into President Biden and his son, Hunter.

“I have reached out to Elon Musk through backchannels to tell him that we would love for him to come before the committee,” Rep. James Comer (R-Ky), the incoming chairman of the powerful panel, told The Post in an exclusive sitdown this week in Washington, D.C. “I’m pretty confident he’s going to provide more information, but he is welcome to come before our committee. We will roll out the red carpet for Elon Musk.”

Comer continued, “He’s doing a great service to the Oversight Committee and America by disclosing all of the emails and correspondence between the Biden campaign and the Democratic National Committee and Twitter.”

Republicans sent an Oct. 28 letter to Musk asking him to preserve relevant documents.

“Republicans on the Committee . . . urge you to reverse the pattern
of censoring certain news and views. This includes ending the practice employed by Twitter’s previous leadership of prioritizing its own worldview over freedom of speech and information,” Comer wrote.

A far chillier reception is planned for Twitter’s former top leaders, including just-fired general counsel Jim Baker, along with ex-censorship honchos Vijaya Gadde and Yoel Roth, all of whom Comer said would be subpoenaed to testify if need be.

On Tuesday, all three received formal letters from the committee demanding they come in for questioning.

“Your testimony will provide the Committee critical context regarding the Twitter censorship team’s decision to prohibit users from sharing information about a presidential candidate,” Comer wrote to Baker.

“He is a very important person in this investigation,” Comer said of Baker — who Musk axed this week after accusing him of meddling in release of information surrounding the company’s decision to censor The Post’s Hunter Biden reporting.

“What I want to know is who told you that this was Russian disinformation? Did you all just make this up, or was the FBI involved? Who within the Biden campaign specifically was the one that was advising you on this?” Comer said of the queries he is lining up.

Musk purchased Twitter for $44 billion earlier this year, and has embarked on a top to bottom reorganization of the company, firing thousands of employees and reinstating formerly banned far-right users like Laura Loomer and Roger Stone.

The billionaire is no stranger to congressional hearings and previously appeared before Congress in 2014 to discuss space exploration. And there is a chance he could be called in by Senate Democrats for a less friendly reception. In April Sen. Maria Cantwell, (D-WA) said she was thinking of having him testify before the Commerce committee, which she chairs, Fox Business reported. 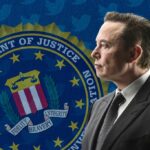 Megan Fox Claps Back at Troll About Sexualizing Herself