Santos — who made history running as an openly gay Republican — is facing accusations that he lied about his past employment, where he went to school and that he did not report income on his federal financial disclosures — potentially a crime, the New York Times reported on Monday.

He’s also facing accusations he’s lied about his Jewish heritage and ancestors, and even his sexual orientation — he had a previously undisclosed marriage to a woman until 2020, the Daily Beast reported.

“As far as questions about George in general, that was always something that was brought up whenever we talked about this race,” said one senior GOP leadership aide. “It was a running joke at a certain point. This is the second time he’s run and these issues we assumed would be worked out by the voters.”

“When the story dropped everyone was like well yeah that makes sense. That’s all what we kind of thought,” the aide added, noting that his financial and biographical details didn’t always add up.

A second insider close to GOP leadership called the allegations against Santos “mostly stuff we already knew,” adding that “there were questions. Things weren’t adding up.”

“By the time we knew that there were questions and issues he was basically the nominee. So what can you do? He was the only Republican candidate.”

“I will be listening attentively, and I want to hear meaningful remarks from George Santos,” said Nassau County Republican Committee Chairman Joseph Cairo.

Santos was elected during the midterms last month to represent the Long Island and Queens-based 3rd District and replace retiring Democrat Tom Suozzi. He forms a critical part of Republicans narrow 222 to 213 majority in the chamber.

Given that paper-thin margin, there was almost no chance the incoming congressman would face any sanction from leadership over the issue, House insiders said.

“The most important purpose that Santos serves is voting for Kevin McCarthy, until then nobody’s going to do anything,” the second insider said. “He won his election. He’s a member of congress. Too bad for Democrats. Should have figured this all out beforehand. He will have committee assignments.”

Reps for McCarthy did not respond to request for comment.

Santos confirmed to The Post he would vote for McCarthy, but has refused to address on the record the mounting claims of allegedly misrepresenting himself.

in a statement Thursday he promised to explain everything — next week.

“To the people of #NY03 I have my story to tell and it will be told next week. I want to assure everyone that I will address your questions and that I remain committed to deliver the results I campaigned on; Public safety, Inflation, Education & more,” he said in a tweet.

Fibbing and flubbing has been a long established part of US public life. President Biden has in the past falsely claimed he “got arrested” protesting for civil rights and that he was arrested in South Africa trying to visit Nelson Mandela. He’s misrepresented his academic record at college and charges of plagiarism derailed his 1988 presidential campaign. 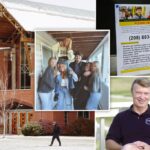 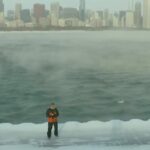